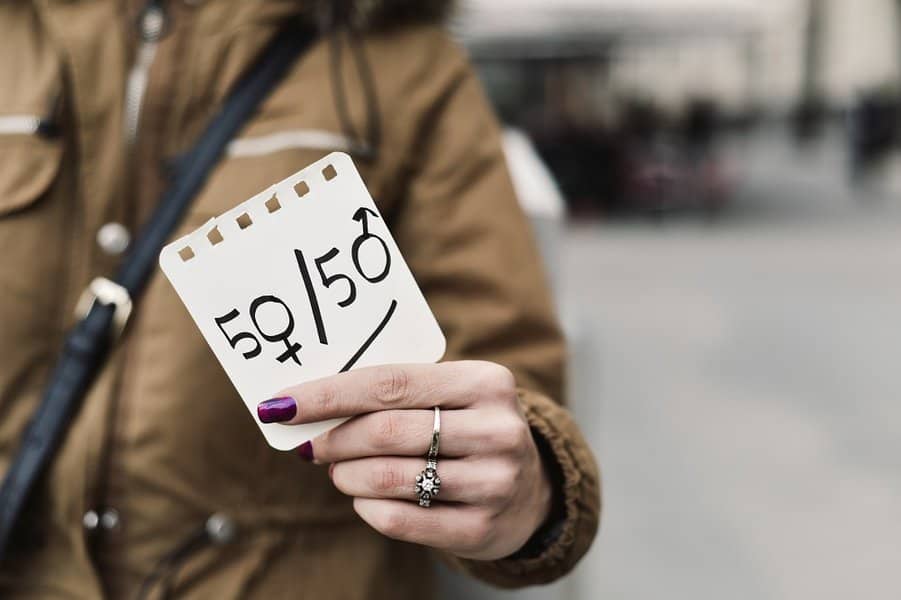 A double standard is when two people, groups, or organizations are treated differently in similar situations. The phrase double standard is very prominent in society. It often comes out when calling out bias or hypocrisy. Double standards appear in the workplace, Hollywood, and politics. Women often encounter a double standard in each of those areas. Gender can also affect the amount of money a person earns at work.

In some cases, it refers to gender equality and sexism. People often have a double standard for gender roles and relationships. Society will judge a woman harsher than a man in dating situations. At the same time, the standards can also be applied to human rights, war, and refugees. Parts of society progress rapidly while other parts are stuck in one place. Old attitudes and ideas are still visible in the media, TV, and movies. Double standards are in all aspects of life and society. 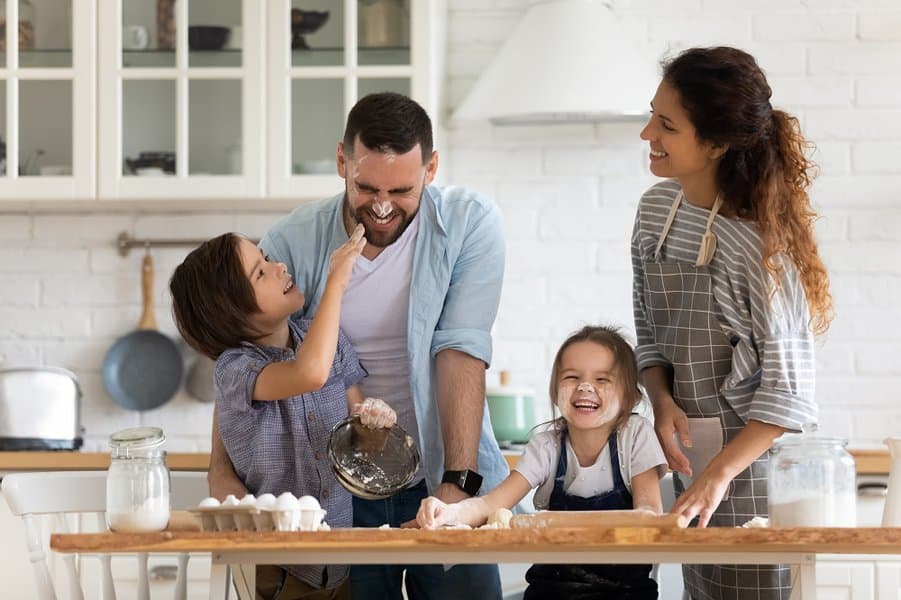 Both parents do their best when raising their kids. However, there appears to be a double standard between fathers and mothers. It seems one gender gets a bit more praise than the other. The expectation for a woman is to be caregivers that feed, bathe, and adequately raise their kids. However, a father that puts in the slightest effort automatically receives universal praise for being so involved. A 1998 Psychology of Women Quarterly study noted that fathers get more credit for their involvement with the kids than mothers. Of course, most women feel their husbands are just doing their jobs. They should be more involved and have higher expectations without the praise.

2. Celebrating the Dad Bod But Not the Baby Weight 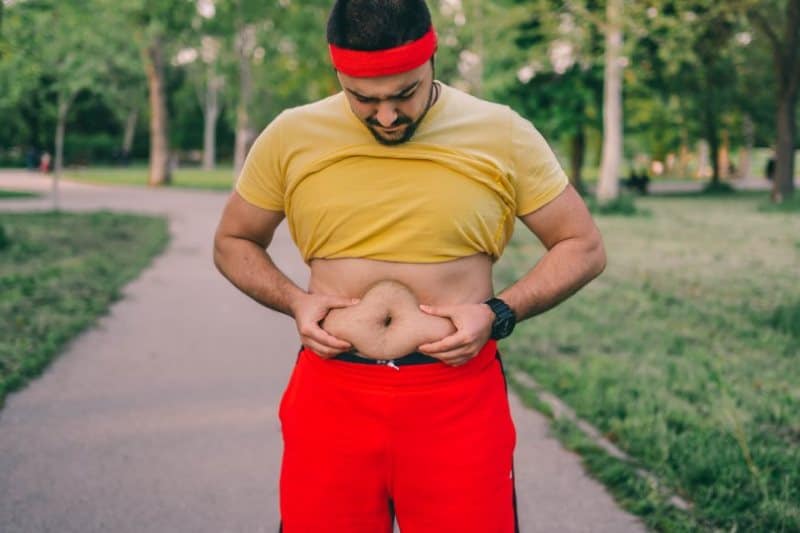 The easily attainable dad bod became all the rage in the last few years. A 2015 Odyssey article admitted the dad bod was just as good as a super fit man. Indeed, the media celebrates the out-of-shape dad bod. Double standards come into play regarding a woman’s body. Women don’t get the same latitude that the opposite gender gets. They often feel pressure to lose the baby weight and get back in shape. It’s a prevalent double standard among women and men in Hollywood. For example, actress Katherine Heigl felt pressure to quickly get back into shape after giving birth to her son. On the other hand, male celebrities receive praise regardless of their physical appearance.

3. Men That Cry Are Considered Weak

There are often double standards for mental health between men and women. A woman who openly cries is frequently called “crazy” or “emotional.” However, it’s much more socially acceptable for women to cry. At the same time, young men are discouraged from showing emotions and often bottle up their feelings. Society usually considers them weak if they openly cry. There’s also a stigma regarding sensitive men that show emotions. It’s common for adults to tell boys they need to “toughen up” when feeling emotional. Both men and women struggle with mental health and deserve to address these feelings. 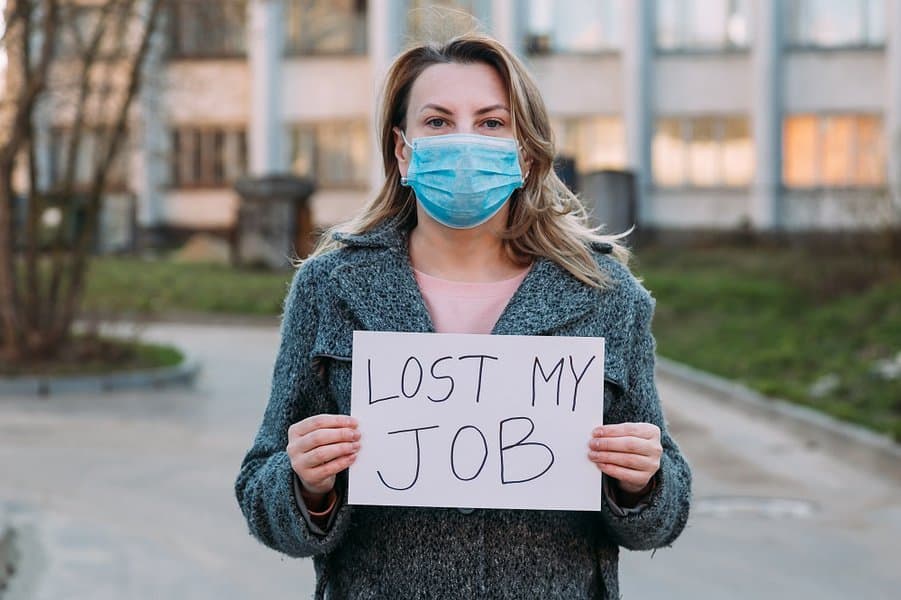 During the coronavirus pandemic, the Bureau of Labor discovered a double standard between men and women in unemployment. It found that more women quit their jobs to stay home than men did. There were various reasons more women had to stay home. First, thousands of children couldn’t go to school or daycare. Therefore, more mothers decided to stay home with the kids and help homeschool them. Also, many women are essential workers but can’t do those jobs from home. 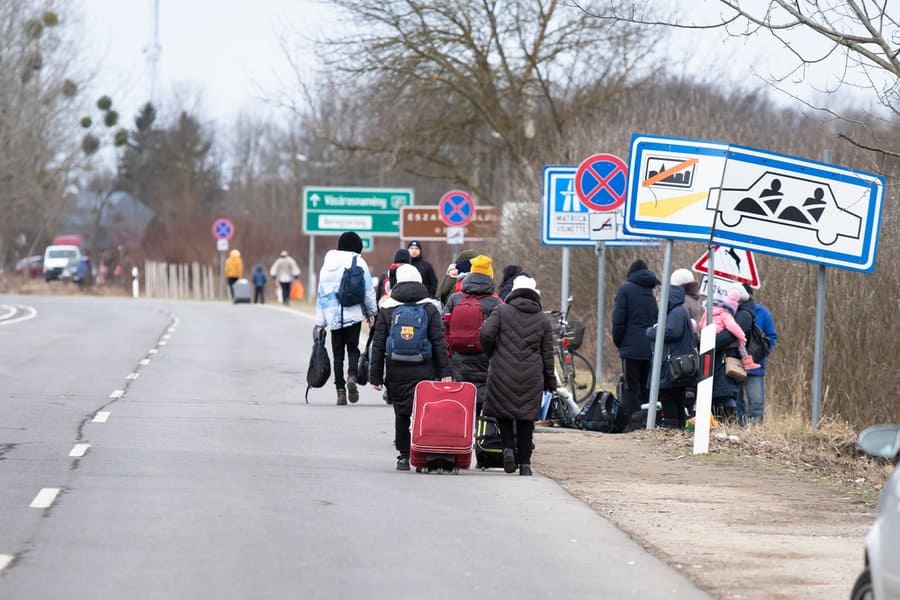 The world has watched the heartbreaking Ukraine war unfold before their very eyes. However, the tragedy also exposed a double standard at the border. According to a new report, Ukraine: The Refugee Double Standard, the Ukraine war revealed “new, overt, and cruel manifestations of racism.” As black, brown, and Roma people try to escape Ukraine, they encounter racism and violence at the borders that other Ukrainians are not experiencing.

For instance, white Ukrainians were allowed on buses at the Polish border before the African students. The students stood in the cold as the packed buses left. They added that European countries are more willing to accept refugees that look like Europeans. The report praises the International aid Ukraine received but hopes Latin America, Africa, and the Middle East will receive the same support in the future. 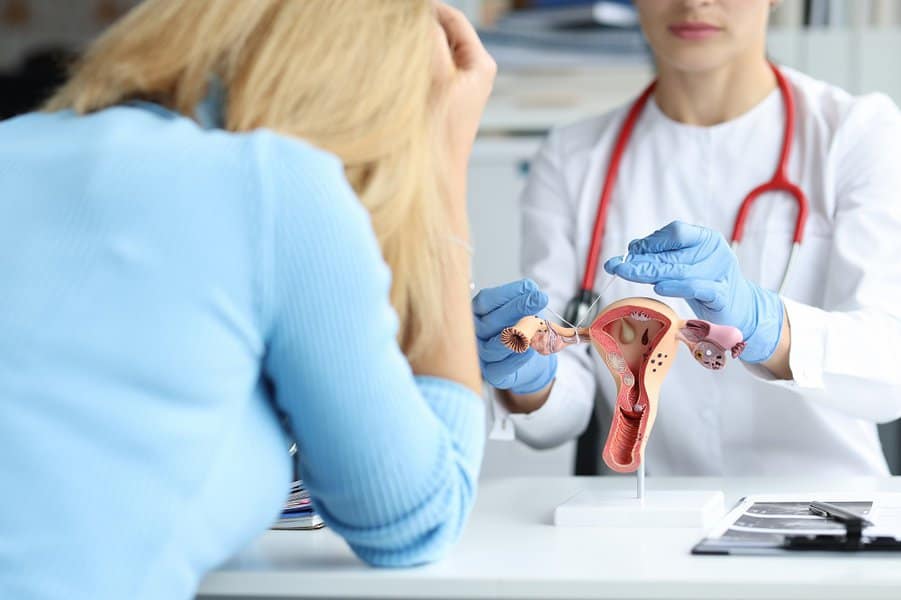 A 2019 Vice report found that doctors require women to have their husband’s permission before having a tubal ligation. Women wanting the procedure also had difficulty finding a doctor willing to perform it. However, men wanting a vasectomy don’t need to consult with their wives before the procedure. They simply go to the doctor, have the surgery, and are home in time for dinner. Another study found that double standards go even further. It noted that 59% of doctors dissuade young women from tubal ligation if the husband didn’t support it. Even if the husband supports the procedure, 26% of doctors would still try to discourage the mother. Doctors are more willing to let a man make the permanent change than a woman. 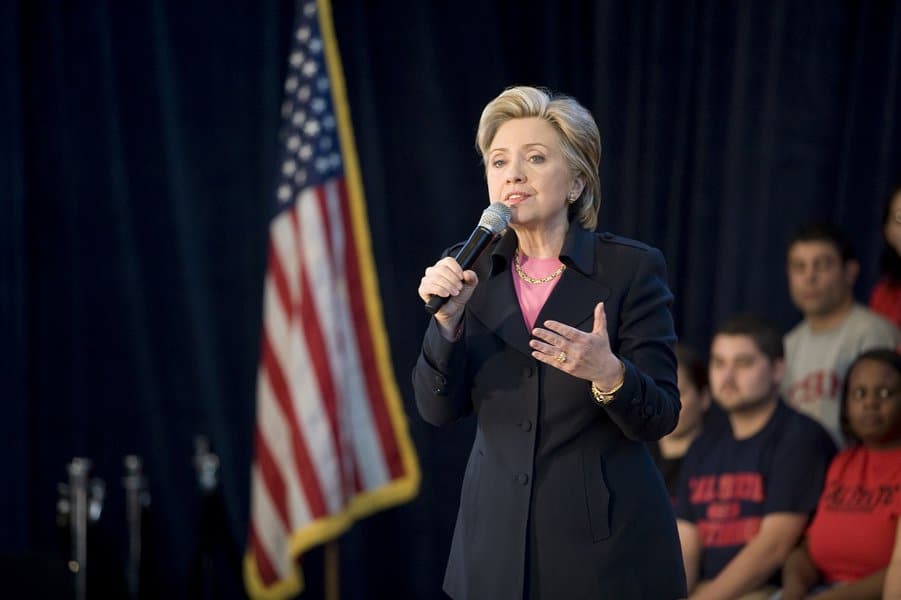 Women in politics still face many stereotypes, gender bias, and double standards. For instance, the media often covers men and women differently during elections. They frequently describe female politicians as being shrill, overwhelmed, and bossy. There is also a greater emphasis on a woman’s physical appearance, hairstyle, clothing, and tone of voice.

In the 2016 U.S. Presidential election, the media scrutinized Hilary Clinton’s appearance and felt she didn’t smile enough. Of course, Bernie Sanders and Donald Trump weren’t smiling on the campaign trail either. Certainly, they don’t have any fashion sense. However, news outlets didn’t seem to care as much. In 2020, journalists examined 1,400 articles and found many negative comments toward female candidates while the men went unscathed. 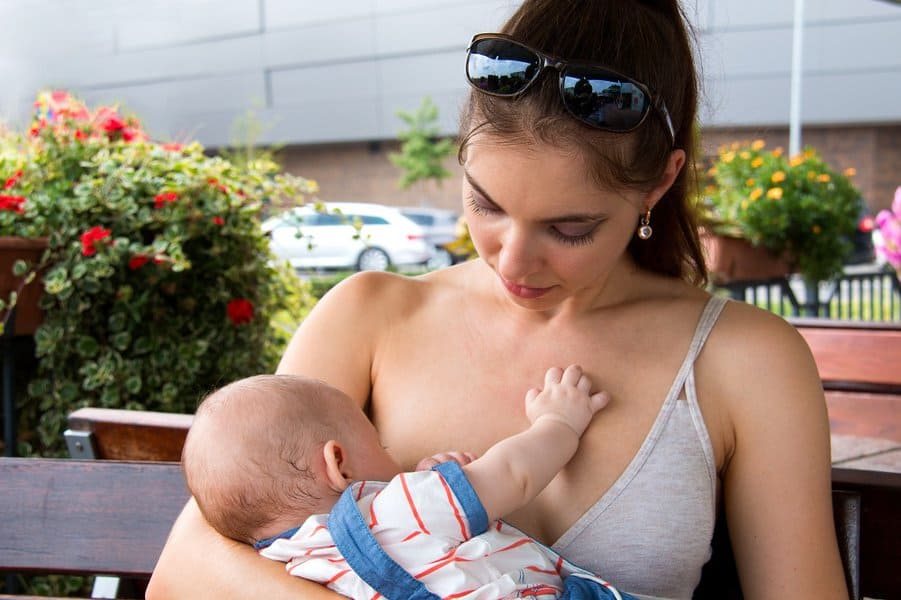 One thing that advertisers love to feature more than anything is cleavage. It’s impossible to go anywhere without seeing it. It’s in ads, movies, TV shows, social media, and anywhere people have eyes. A woman’s revealing cleavage is an accepted part of society. Indeed, the world wouldn’t be the same without it. On the other hand, a mother breastfeeding in public is controversial for some. They feel nursing should be done behind closed doors and not in public. Of course, that’s quite the double standard. Cleavage and breastfeeding are not really all that different.

9. The Stigma of Multiple Partners 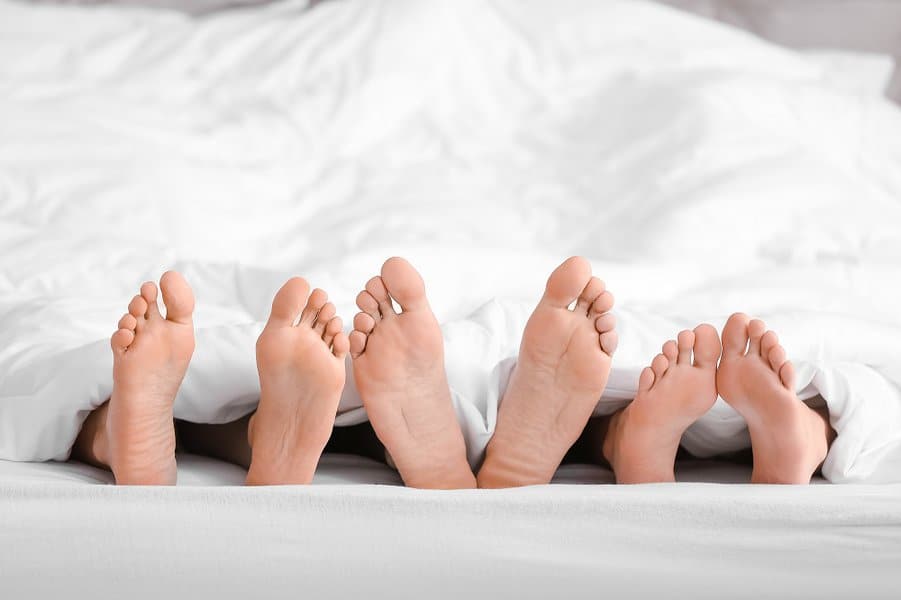 Double standards have applied to relationships and sexual activity for centuries. It’s a never-ending debate that’ll likely continue unless social attitudes change. For instance, it’s socially acceptable for a man to have multiple sexual partners. They often get high fives and a pat on the back the more women they get. On the other hand, there’s a stigma against a woman who has multiple sexual partners. They usually get ridiculed and degraded for doing the same as a man. A 2009 study found that society views women negatively the more sexual partners they have. However, men with more partners receive praise for being a stud. 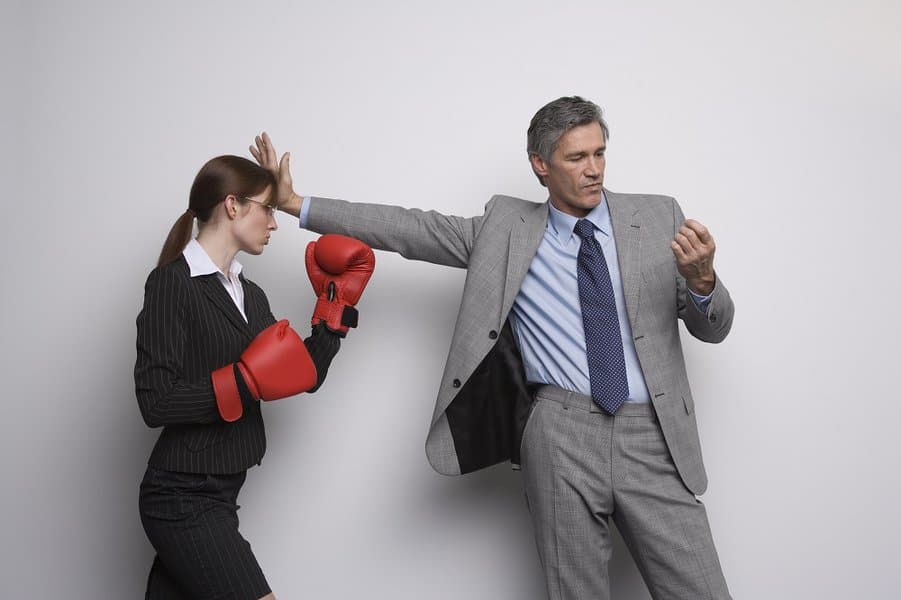 There’s a double standard for men and women in the workplace. Aggressive men at work usually receive praise for being strong leaders with ambition. However, an assertive woman at work often gets the label of “bossy.” Based on gender stereotypes, female bosses who double-check an employee’s work usually get accused of micromanaging. These types of labels frequently slow a woman’s progress in her career. A male boss wouldn’t have any labels holding them back. They can be as aggressive as they want, which will advance their career. Women have a different standard to reach in the workplace. 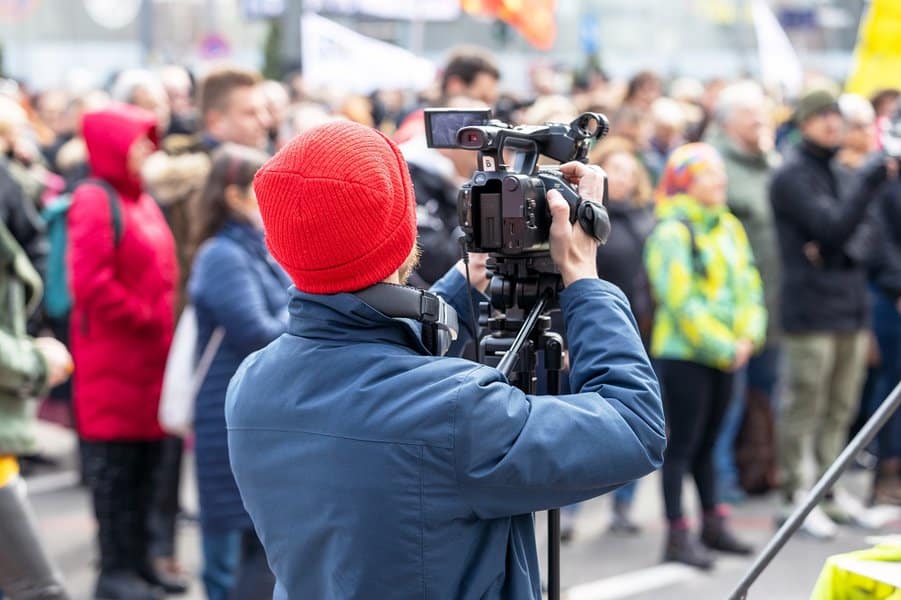 An article in the Washington Post analyzed the double standards in how the media covers protests. It found that protests considered “radical” would get less favorable coverage. The media often refers to Conservative protests as a rally rather than riots. However, other movements get a different level of scrutiny from the news. For instance, the media called the Black Lives Matter protest of George Floyd’s killing a riot. It also focused on the more sensational aspects, such as clashes with the police and property damage. However, the same article found that journalists were more supportive of immigration rights and women’s rights than racial equality. 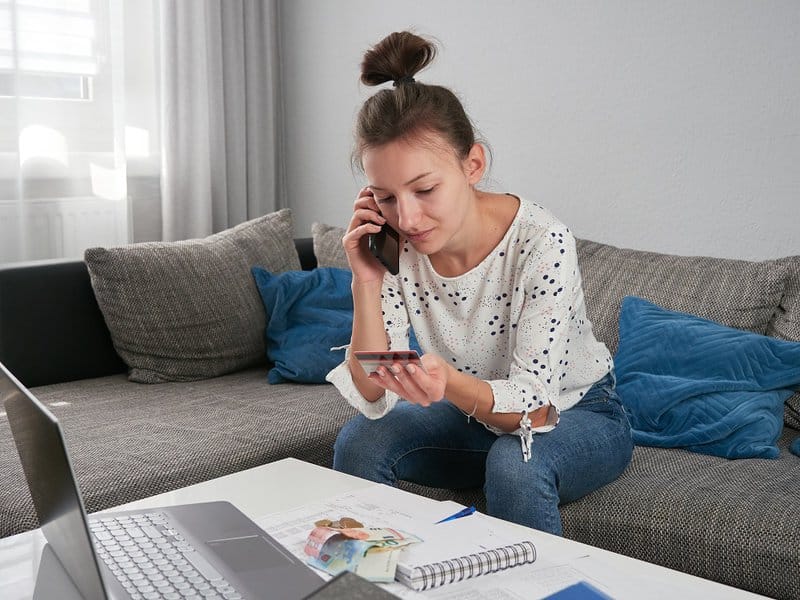 The pay gap debate between women and men goes back several decades. It still very much exists in this day and age. In 1963, the United States passed the Equal Pay Act to ensure men and women get the same pay when doing the same job. Regardless, women still receive less money than their male counterparts. According to the Bureau of Labor Statistics, women earned 82 cents for every dollar men made in 2020. To make the same amount as a man in a year, a woman must work an extra 98 days. That same study also found a discrepancy between racial and ethnic groups. For example, black women had to work an additional 214 days to make what a white man earned in a year.