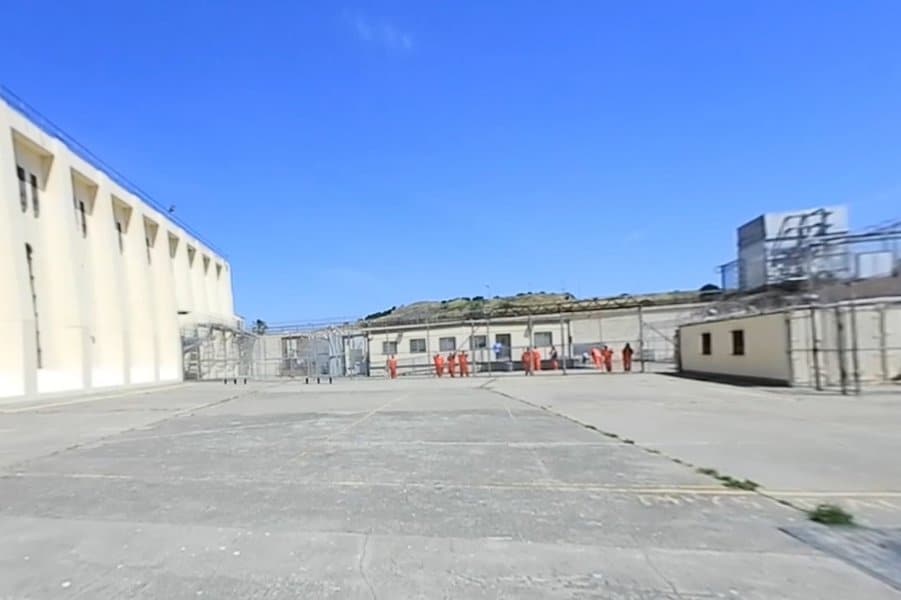 12 Most Dangerous Prisons in the World

Going to prison has to be one of the scariest things that could happen to a human. Being locked inside a small room with few luxuries and too much time to think sounds like a nightmare. Throw in sadistic guards and prisoners – ranging from murderers and gangbangers to rapists and racists – sharing your cell and it’s enough to put you off crime for good. But for many criminals, prison is a place they thrive. Locked in with fellow inmates, those with enough juice can start lucrative businesses inside the prison walls and take control of the general population. These are the prisons where murders, beatings, and rapes occur regularly, with guards often turning a blind eye for a bribe. The result is some of the most dangerous prisons in the world where you never want to step foot. `

These jails can be found all over the world and hold the worst of the worst. Some, like the infamous San Quentin State Prison in San Francisco, have been home to many well-known criminals and have been plagued with violence since opening, while others, like San Pedro Prison in Bolivia, are practically run by the inmates themselves, who dispense their own forms of justice. What all these prisons have in common is how dangerous they can be for those serving their sentences.

If you’ve ever seen the Netflix series Inside the World’s Toughest Prisons, featuring hosts Raphael Rowe and Paul Connolly, then you’ll know what to expect. So, read on and discover the most dangerous prisons in the world and why you should do your best to avoid ever going to jail.

12 Most Dangerous Prisons in the World 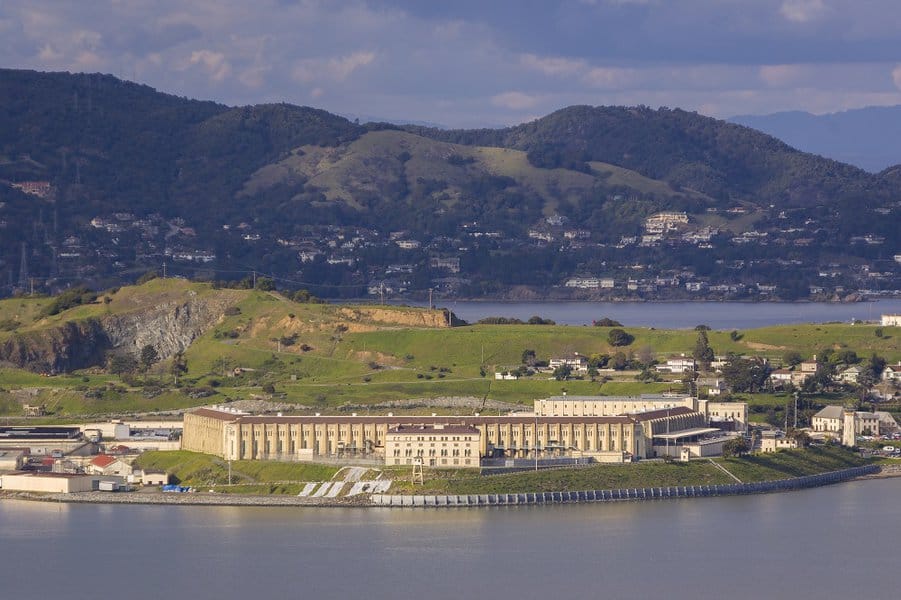 Made famous by Johnny Cash after he played a live show there in 1958, San Quentin State Prison is the oldest prison in California. It has housed some of America’s most famous inmates, including Danny Trejo, Doug Clark, Edward Bunker, and Merle Haggard. The only prison for death row inmates in the state, San Quentin has a gas chamber to perform executions, but there hasn’t been one since 2006 when Clarence Ray Allen was killed via lethal injection.

It was during the 60s and 70s when the prison was at its most dangerous, with riots often occurring and many inmates suffering beatings, and worse, death. Many of the prison guards during that time were also corrupt, allowing the flow of drugs and other contraband through the prison.

In 2005 the prison was lambasted for its poor conditions, lack of medical facilities, and overcrowding. Just a year later a racially motivated riot occurred, with over 100 inmates injured and two left for dead. While things have been fairly quiet since the incident, San Quentin Prison remains home to some nasty individuals and is not a place you ever want to end up if you commit a crime in the United States. 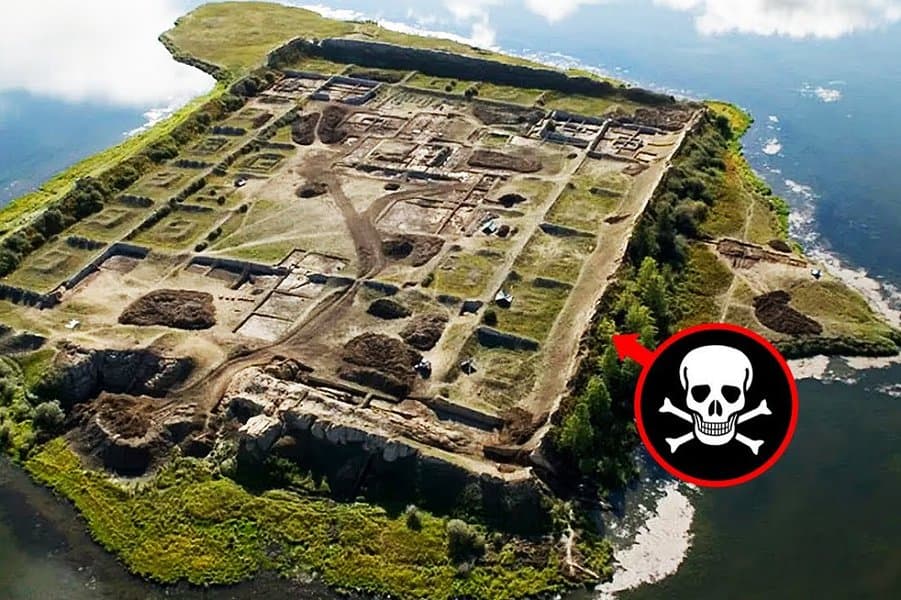 If there is one place you don’t want to end up in, it’s a Russian prison. Particularly Black Dolphin Prison. This remote government institution is one of Russia’s oldest prisons and the first to accept prisoners with life sentences, so you know the general population is full of the worst of the worst.

Named after the black dolphin sculpture by the front entrance, the most dangerous and violent prisoners are kept here. The 700-odd inmates are made up of murderers, rapists, terrorists, child molesters, serial killers, and even cannibals. There is 24-hour video surveillance of every area of the prison and guards patrol every 15 minutes. Inmates are kept in lockdown in their cells bar 90 minutes of exercise in a large cage situated outside. 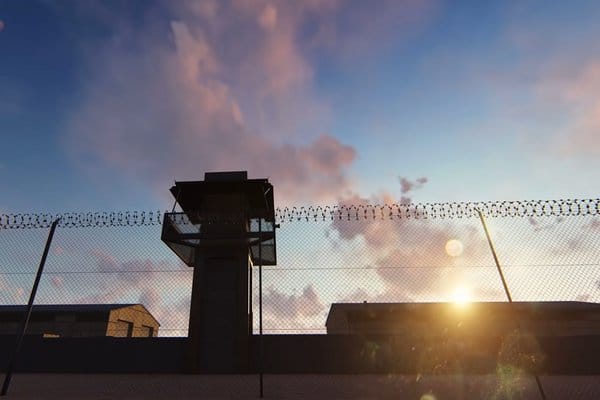 Although no longer in use, Tadmor Prison deserves a mention for the horrible way inmates were treated. The former military barracks were turned into a prison where human rights violations happened on a daily basis. The prisoners were treated like scum, often tortured and beaten for no reason, while executions occurred regularly.

The most infamous incident happened on June 27, 1980. After a failed assassination attempt on President Hafez al-Assad by the Syrian branch of the Islamist Muslim Brotherhood, his brother, Rifaat al-Assad, entered Tadmor Prison with a small military unit and massacred an estimated 1,000 prisoners believed to be supporters of the Brotherhood.

Despite this ghastly event, the prison continued to operate until it was captured by the Islamic State of Iraq and the Levant (ISIL) in 2015 and officially shut down. Explosives were used to destroy the prison so nobody would ever have to suffer the fate that befell many who had stayed there before. 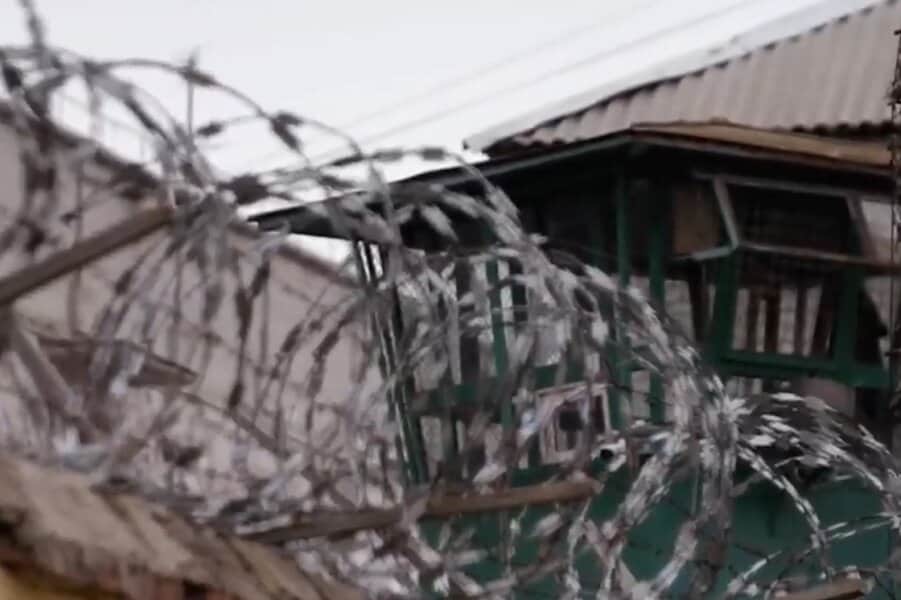 It’s not always the inmates that are the ones who make a prison dangerous. The abuse that occurred at Gldani Prison was a result of the prison guards. But it wasn’t until leaked videos showing the guards torturing prisoners that people found out how badly the prisoners were treated.

It created a social and political storm in Georgia, with the videos showing guards physically, verbally, and sexually abusing prisoners. Protest rallies happened throughout the country and the government introduced a slew of prison reforms while the Chairman of the Penitentiary Department was fired. 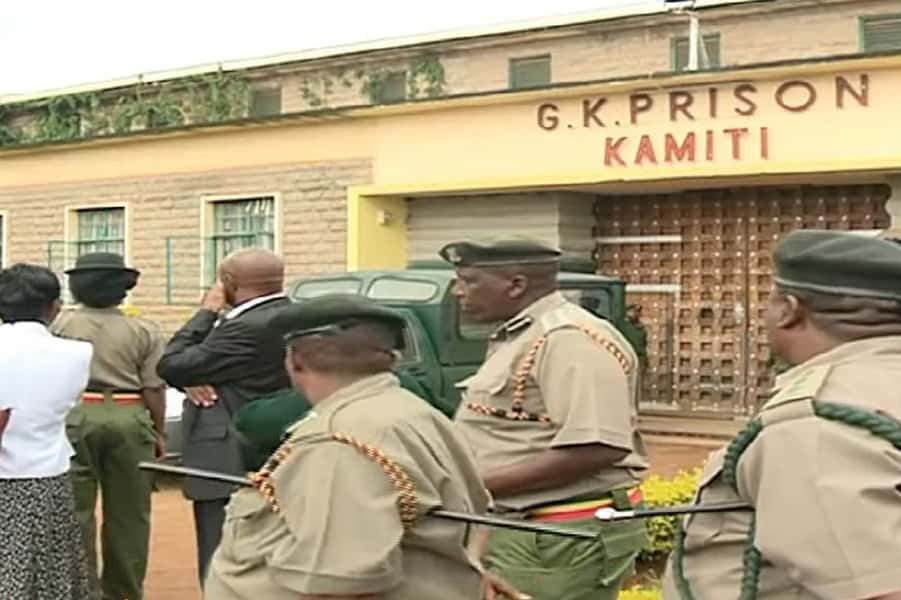 Constructed by the British, Kamiti Maximum Security Prison has housed everyone from political prisoners to vicious serial killers. It is known for its cramped conditions, with the population more than double what it should be. There is no central water supply and prisoners are regularly subjected to beatings and rapes from other inmates, particularly in G Block, where most of the violent offenders are held. A riot occurred in that area of the prison in 2008 after a search for contraband was filmed on a mobile phone, showing the mistreatment of inmates.

Disease is widespread throughout the prison, with eight prisoners dying of cholera in 2009. There was even an escape made in 2021, when three convicted terrorists managed to flee the prison. It turned out they had help from the inside, but their time on the run didn’t last long and they were all captured and sent back to jail. 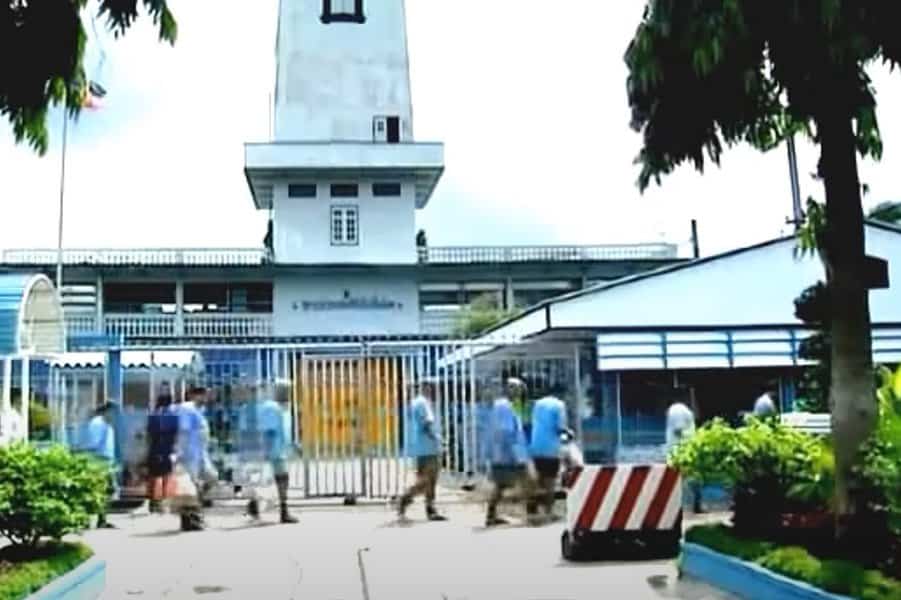 This notorious prison is where all the death row inmates are housed. Nicknamed “the Bangkok Hilton,” Bang Kwang Central Prison is as far from the luxury accommodations of the Hilton as you can get. Over 6,000 of the worst offenders are held here, with prisoners forced to wear leg irons during the first three months of their stay.

This is another prison where space is limited, with cramped conditions often forcing inmates to sleep on the floor of their cells. While the prisoners here are mainly natives, there have been several foreign criminals who have done their time in Bang Kwang. The most famous is Alan John Davies, a British man who was held on death row for 17 years before being granted amnesty by the king in 2007.

See more about - What Is The Most Secure Prison In The World? 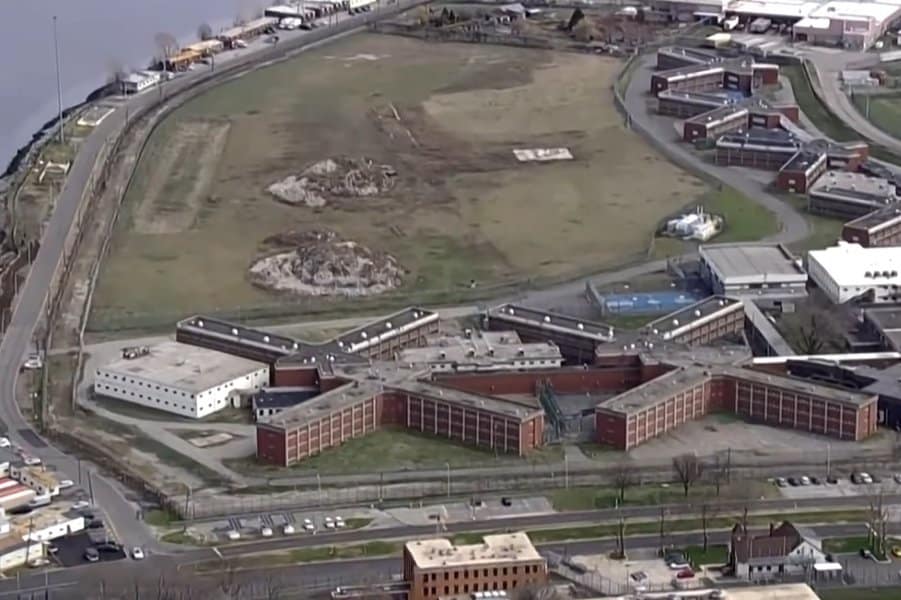 When you talk about the most dangerous and toughest prisons in the United States, look no further than Rikers Island. This New York prison facility has a reputation for violence and mistreatment of inmates. The prison was ranked as one of the “10 worst prisons in America” based on data collected by Mother Magazine in 2013.

Corruption has long been a problem, with the wardens in charge of this dangerous prison easily bribed. They often use excessive force on an inmate for no reason other than because they can. But it’s not just the guards, with the prisoners regularly fighting each other. A report detailed 9,424 stabbings that took place in the prison during 2015. Reports have been continually written about the beatings and sexual assaults that take place in the prison, as well as the treatment of the mentally ill and LGBTQ inmates. 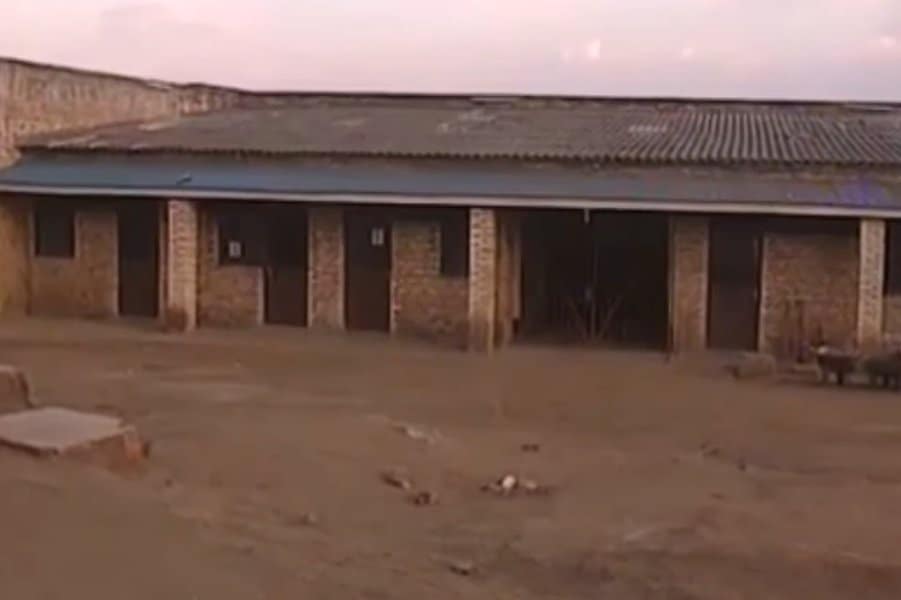 Built to accommodate roughly 600 offenders, Gitarama Prison is home to more than 7,000 criminals. Arguably the most dangerous prison in the world, many of the inmates are suspected of taking part in the Rwandan genocide of 1994. Men and women are kept in the same facility where beatings, sexual assaults, and murder are an everyday occurrence.

Prisoners are forced to go barefoot and due to the cramped and unhealthy conditions, often suffer from gangrene, leading to many inmates having to have their feet or legs amputated. There have also been reports of those locked inside eating the dead bodies of murdered convicts to survive, although there is no proof this has happened.

Whatever way you look at it, being a prisoner in Gitarama Prison is just about as bad as it can get. 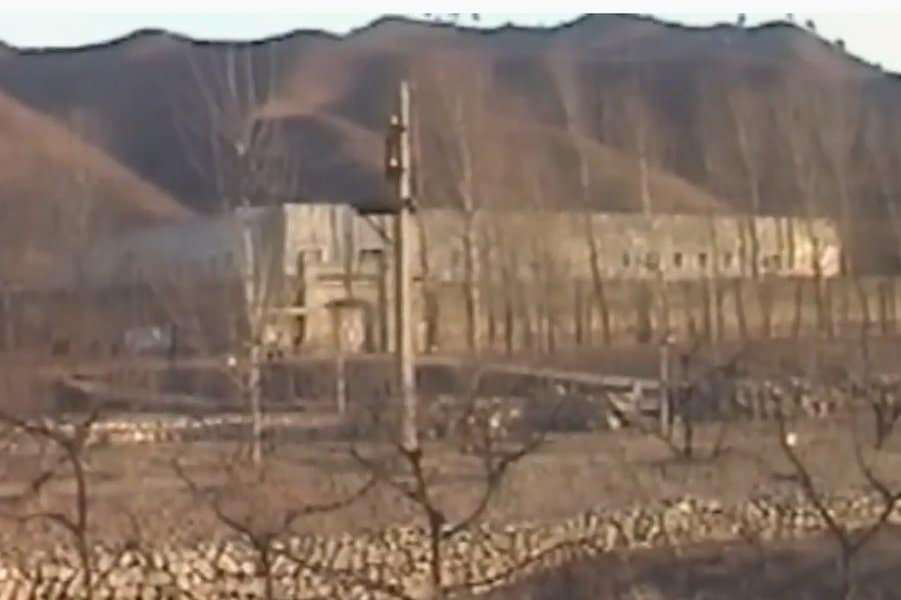 This massive prison facility was erected on the banks of the Taedong river in 1959. It is a labor camp where prisoners are forced to work in the mines, on the land, or making products in the many factories on the grounds. It is reserved mainly for political prisoners to keep them locked away from prying eyes.

It’s believed around 15,000 prisoners are held in Camp 14 Kacheon. Human rights violations are the norm, with even children as young as 11 being forced to complete manual labor during their sentence. Feed only salted cabbage and corn, most prisoners are malnourished and die from hunger-related problems.

Likened to a Nazi concentration camp, Insider detailed how prisoners had to resort to eating insects and rats to survive, while most people who entered the prison died within three months. Brutal stuff. 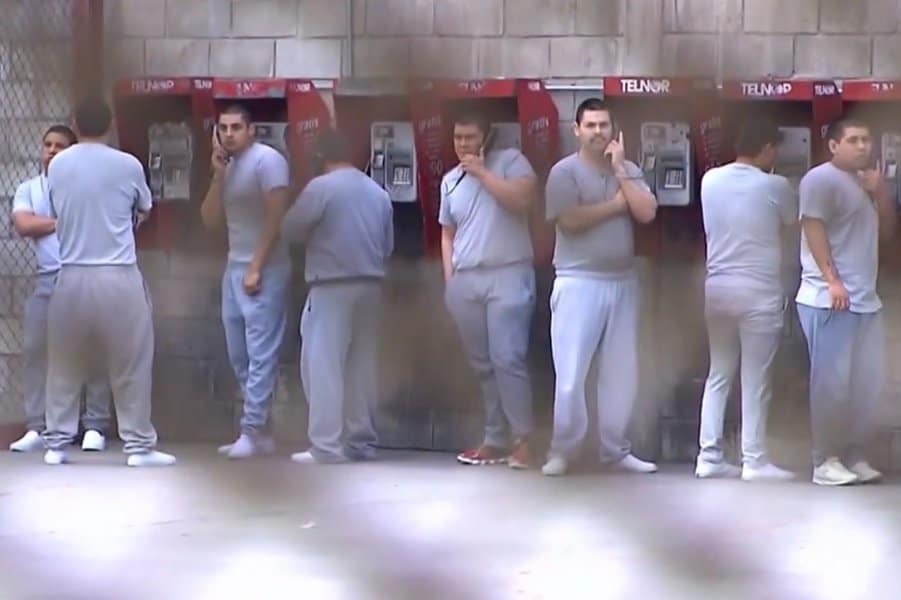 Mendoza Prison has such inhuman conditions that when Italian photographer Valerio Bispuri was granted entry into the prison to take pictures in 2015, the normally violent prisoners left him alone so he could document the harsh conditions and tell the world.

What he discovered was an overcrowded facility where inmates were forced to sleep on the floors of cells without mattresses and piss and shit in plastic bags due to the lack of a proper sewerage system.

Bisouri wasn’t the first person to highlight the horrible conditions of Mendoza Prison, with a 2005 report from Amnesty International warning the public about how bad the facility was. 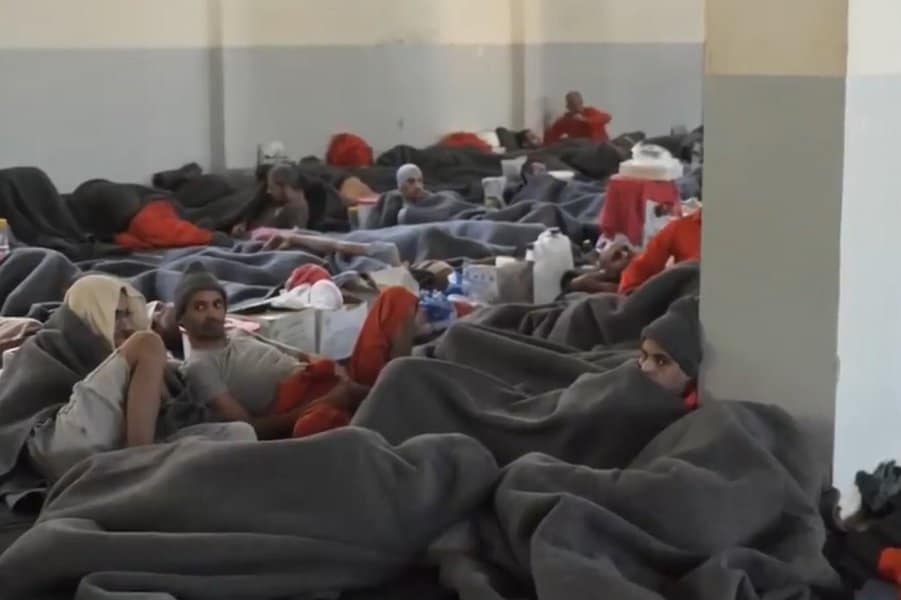 Overcrowding is just one of many problems associated with Turkey’s Diyarbakir Prison. Constructed in 1980 by the Ministry of Justice, it soon passed into the hands of the military before control reverted back to the Ministry. The Times once named it one of the “ten most notorious jails in the world” after 34 people died between the years 1981 – 1984. Since then more than 500 people have died while incarcerated in Diyarbakir.

The torture of inmates has always been a dark cloud around the prison, with guards known to deprive inmates of food, water, and sleep, hang them by their arms, pull out their fingernails and teeth, burn them with cigarettes, beat them, sexually assault them, and use electric shock torture.

Despite numerous reports about the conditions of the prison and the inmate’s health and safety, Diyarbakir Prison remains in use. Many of the allegations have been swept under the rug and covered up by prison officials. 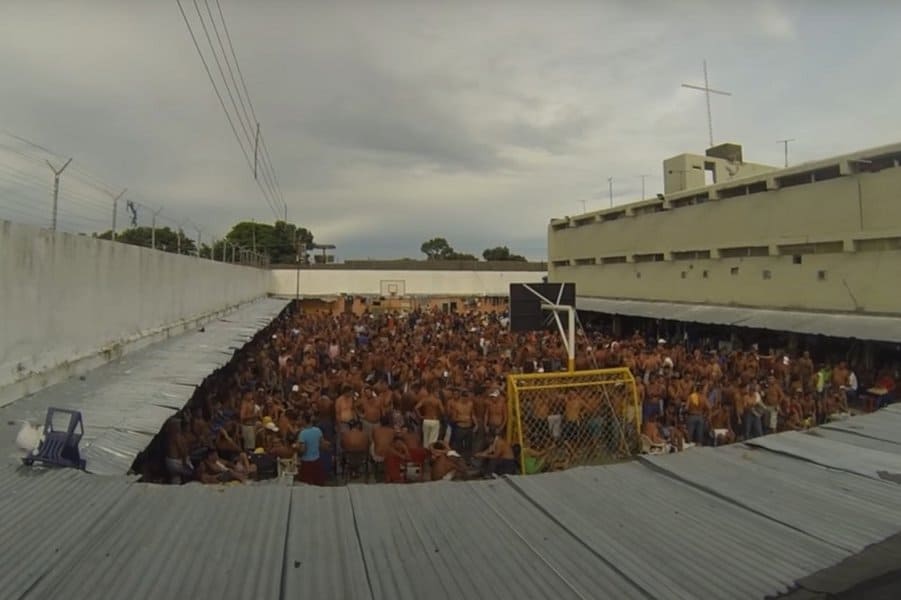 Although no longer in operation, during its 55 years as a jail, Maracaibo National Prison, aka Sabaneta Prison, was one of the most dangerous in South America. Like many prisons in that area of the world, Maracaibo was overcrowded, besieged by violence, and run by inmates. A person known as “pran” (inmate leader), was the big boss of the prison. Responsible for the drug and sex trade in the jail, everything ran through them.

There were several major incidents during the time the prison was open, with the 1994 riot and fire resulting in the deaths of an estimated 150 prisoners. It’s also believed there was one guard for every 150 prisoners, which makes sense as to why the inmates took over.

At the time of its closure in 2013 after a riot resulted in the deaths of 16 inmates, Mocho Edwin was the “pran” of Sabaneta Prison. He ran drugs and women and was said to be in cahoots with Iris Varela, a leftist politician who was part of the Ministry of Prison Systems in Venezuela.