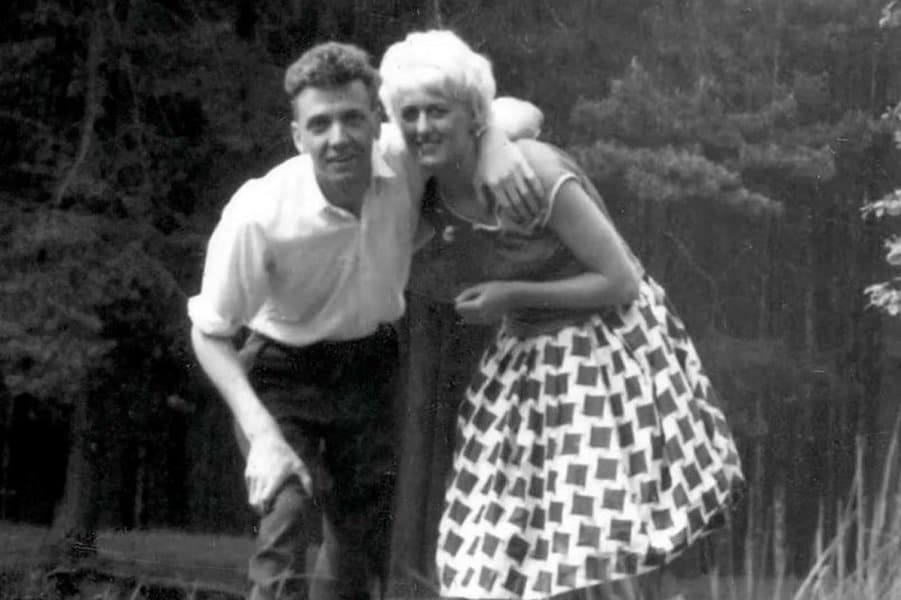 What’s worse than a serial killer? How about two serial killers? Throughout history there have been several serial killer couples who have bonded over their love of torture and murder. These perverse individuals have joined forces and hatched murderous plans resulting in the deaths of many innocent civilians.

While you might not think killer couples are all that common, there have been quite a few occurrences of lovers acting out their darkest fantasies together. From the sickening crimes of Paul Bernardo and Karla Homolka to the multiple murders committed by Henry Lee Lucas and Ottis Toole, these are the 10 deadliest serial killer couples in history. 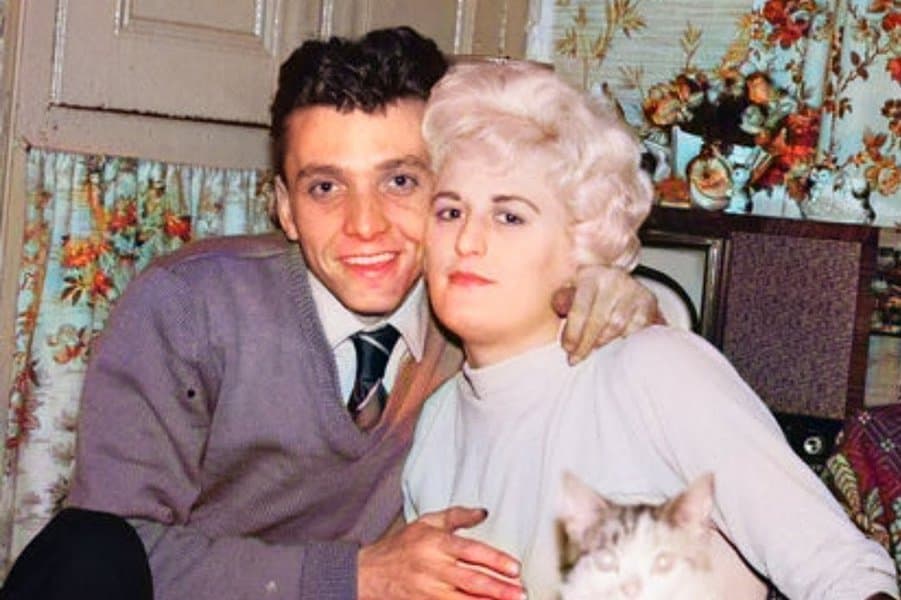 The duo of Ian Brady and Myra Hindley first met at the chemical plant where they both worked. The two bonded over their love of Nazi atrocities, often staying up late reading about these disgusting crimes. As they got to know each other better, Brady soon divulged his obsession with crafting the perfect murder, something that resonated with Hindley.

Their first murder was 16-year-old Pauline Reade in July of 1963. A friend of Hindley, they beat her, raped her, and left her body in a shallow grave in the Moors outside of Manchester. The two would repeat their crimes four more times before things unraveled when Brady brought home 17-year-old Edward Evans and killed him with a shovel in front of his 17-year-old brother-in-law, David Smith.

Smith helped dispose of the body before going home and telling his wife everything. The police were soon called and Brady and Hindley were arrested. Along with admitting to their crimes, the police found an audio recording of one of the victims that was said to be horrific. Confessing their crimes, both Hindley and Brady were found guilty and sentenced to life in prison. Myra Hindley died in 2002 and Ian Brady died in 2017. 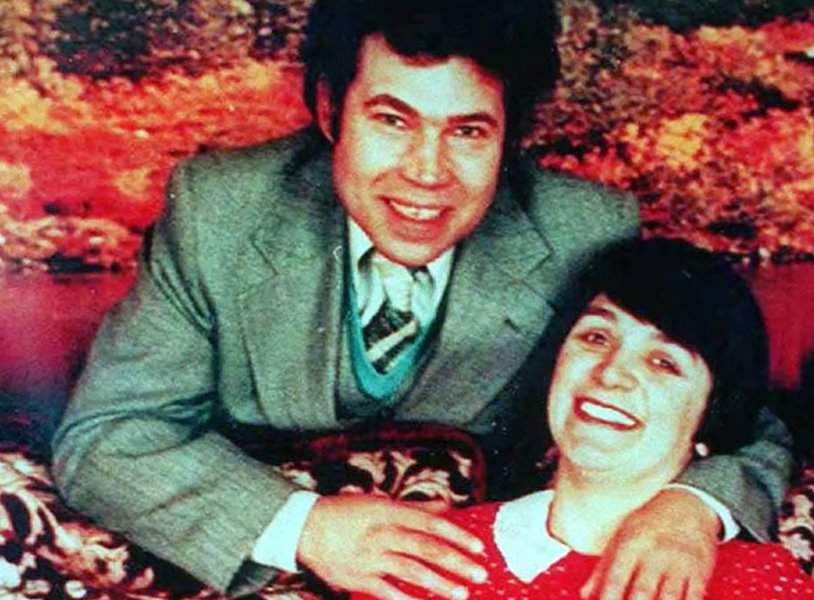 This English couple committed 12 murders over a two-decade period from 1967 to 1987. They met when Rose West was just 15 years old and Fred West was in his mid-20s. Fred had suffered physical, sexual, and mental abuse as a child and began committing crimes at a young age. His first murder was that of his pregnant mistress before he met 15-year-old Rosemary who was working as a prostitute. West encouraged her to keep working as a sex worker, with Rose giving birth to eight children, with many of the children’s fathers suspected to be her clients.

After abducting and assaulting beauty queen Caroline Roberts, who managed to flee their home, the West’s realized they needed to keep their victims silent. That’s when they began to lure women to their home in Gloucester – which became known as the “House of Horrors” – where they would torture and sexually abuse them before killing them.

After one of Fred’s daughters admitted her father raped her, police finally got involved and discovered 12 bodies buried on the couple’s property. Knowing he would never see freedom again, Fred hung himself while awaiting trial. Rose was found guilty of ten murders and sentenced to ten life sentences which she is currently serving. 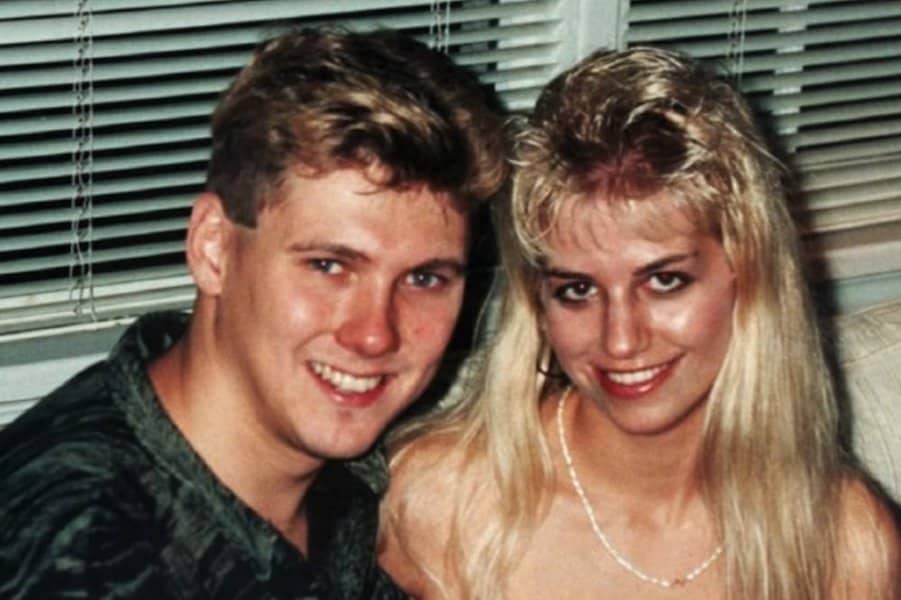 Before meeting Karla Homolka, Paul Bernardo was already a known villain. Dubbed the “The Scarborough Rapist,” Homolka had raped several young girls but was never convicted. He took things to another level with Homolka. Incredibly the duo’s first victim was Homolka’s own sister. Not only did they drug her and then rape her, but they videotaped the entire episode. Despite dying after the attack, Bernardo and Homolka were cleared of wrongdoing, allowing them to continue their rape and murder spree.

Two more young girls were raped and killed by Bernado and Homolka together, while Bernardo would often commit other crimes solo. Their horrible crimes would have continued if Berando didn’t let his temper get the better of him. One night he and Homolka got into an argument and he ended up beating her so badly that she ended up in hospital. After pressure from the police, who now suspected Bernardo of committing more severe crimes, Homolka revealed all in exchange for a lenient sentence.

Bernardo got life imprisonment, which he is still serving, while Homolka only served 12 years for her part in the crimes. She is now married with three kids and lives in Quebec. 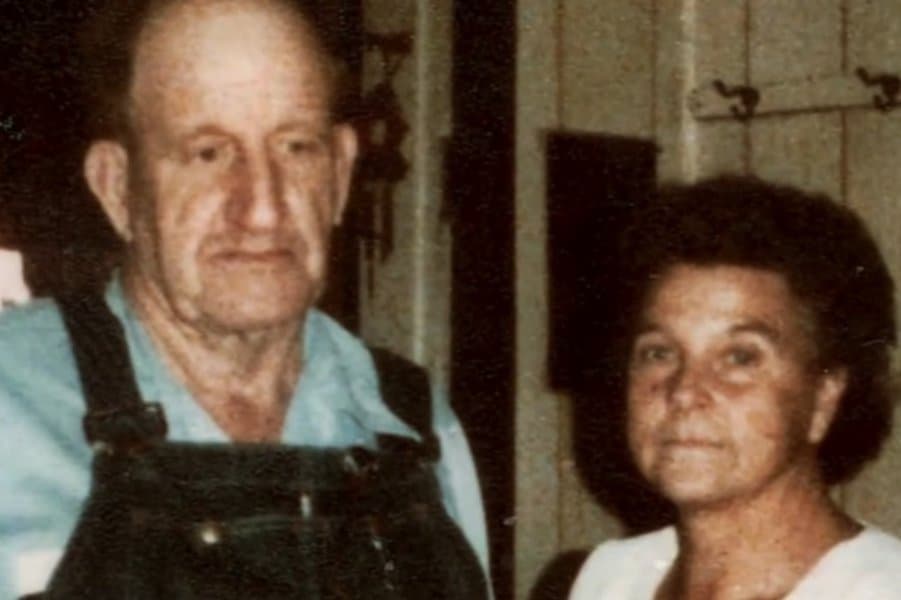 Elderly couple Ray and Faye Copeland began killing drifters in the 80s. They were convicted of killing five people, although many believe they murdered several more. Unlike some on this list, their murders were out of greed. Ray, a known felon who had been to jail several times throughout his life, concocted a scheme where he would employ drifters to buy cattle using fake checks in their names. Then Ray would sell the cattle for profit and kill the drifters so there was nobody to reveal his con.

Things were going well until an anonymous tip informed the police what the Copeland’s were up to. Initially skeptical due to the ages of the two, the police decided to raid the property after discovering Ray’s long criminal record. They turned up five bodies on the property, all shot with a .22 caliber Marlin rifle they discovered on the farm. 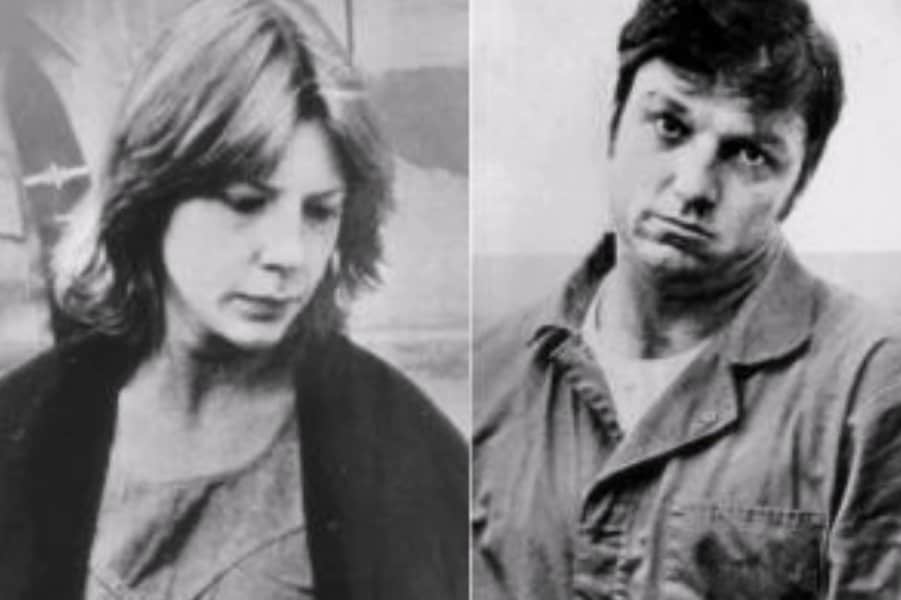 As is often the case when it comes to these types of criminals, serial killers Gerald Gallego and Charlene Gallego both had troubled childhoods. Gerald’s mother was a sex worker and his father was the first man executed in Mississippi. He got involved with criminal activities at a young age and had been arrested 23 times before he met Charlene. She, on the other hand, had a very stable childhood until she began experimenting with drugs in her teens.

Not long after Gerald and Charlene met and got married, they found themselves bored with their love life and decided to take matters into their own hands. Charlene would lure young girls into their van where Gerald would hold them at gunpoint before tying them up. They would then spend hours torturing and raping their victims before killing them and dumping their bodies.

The two were caught when somebody witnessed the Gallego’s abducting their final victims, 22-year-old Craig Miller and his fiancé, 21-year-old Mary Elizabeth Sowers, and reported it to the police. Charlene quickly turned on Gerald and copped a plea deal, blaming everything on her husband. Gerald died in 2002 while on death row.

Charlene served 16 years for her part in the crimes and is now involved in charities for veterans according to CBS Sacramento. She still asserts that she did not kill any of the victims and was forced by Gearld to take part in grisly crimes. 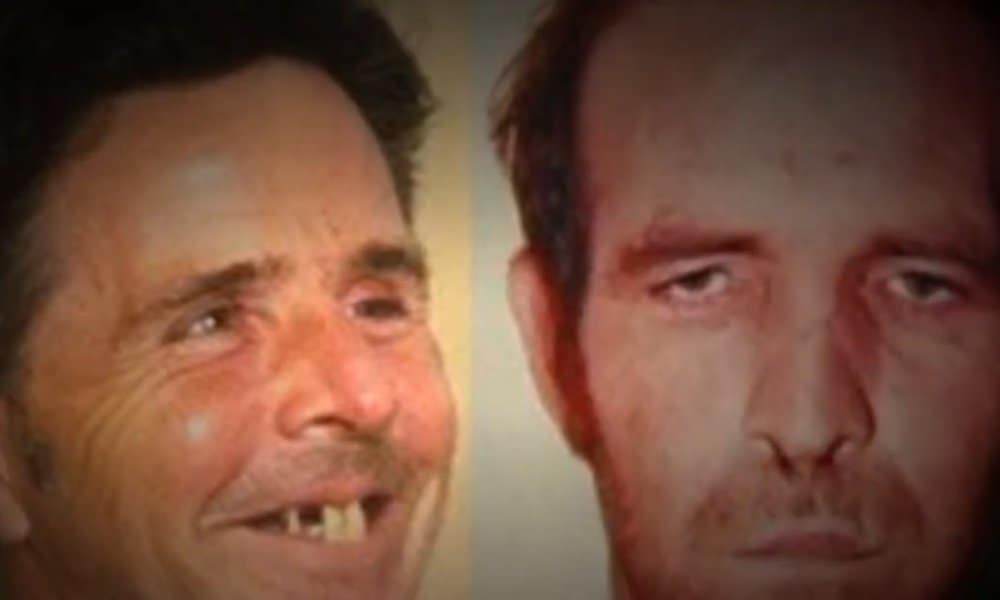 Serial killer couples don’t get any scarier than Henry Lucas and Ottis Toole. This killer couple both suffered abuse as children and bonded after meeting at a Jacksonville soup kitchen. The two struck up a sexual relationship and went on a killing spree over three decades. Both men admitted to killing as teenagers, Lucas strangling to death 17-year-old Laura Burnsley, who had refused his sexual advances, and Toole knocking off a traveling salesman who made sexual advances.

The two are said to have raped, tortured, and killed dozens of people before going off on their own. Both were arrested for different crimes but confessed to murdering as a pair. Toole confessed to killing 108 people with Lucas, while Lucas has said he killed over 360. Unfortunately, the real number will never be known as both men were reported liars who would often retract confessions.

In the end, Lucas was convicted for three murders and Toole for six, with both men dying in prison in 2001 and 1996 respectively. 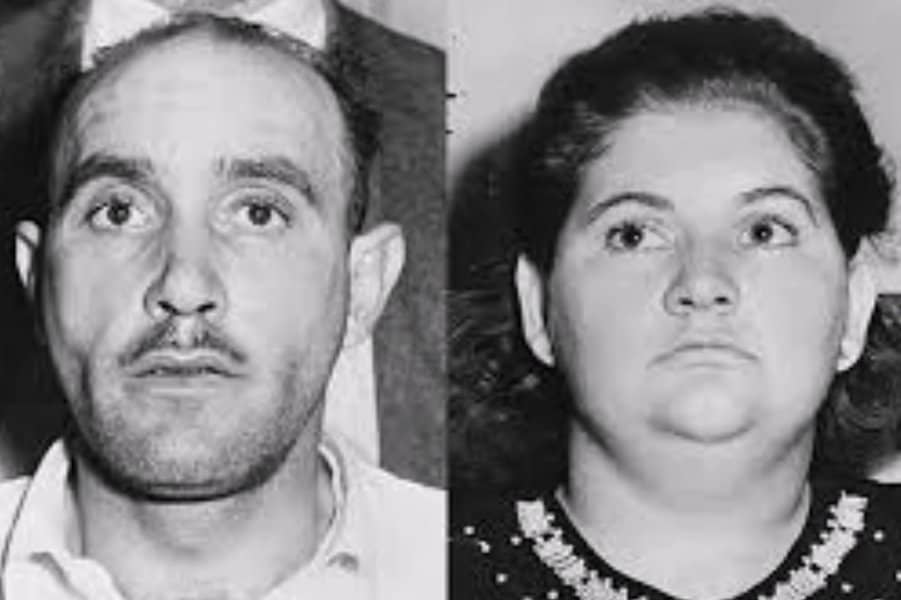 Although only convicted of one murder, Raymond Fernandez and Martha Beck were suspected of killing up to 20 people. The two would meet their victims through lonely hearts ads in the paper, with the press dubbing them “The Lonely Hearts Killers.” This is also the way the couple met, with Beck soon becoming infatuated with Fernandez.

Understanding the control he had over Beck, Fernandez told her about how he swindled money from young women and persuaded her to join him. The duo would pose as brother and sister, with Beck luring women to their home. Then Fernadez would rob them, kill them, and bury the bodies in the basement.

Although only convicted of one murder, the two confessed to multiple killings but quickly recanted their statements. Police believe they killed between 3 and 17 people but could only get them convicted of one, 66-year-old Janet Fay, who was beaten and strangled to death. Both were found guilty and sentenced to death and executed at the notorious Sing Sing prison on March 8, 1951. 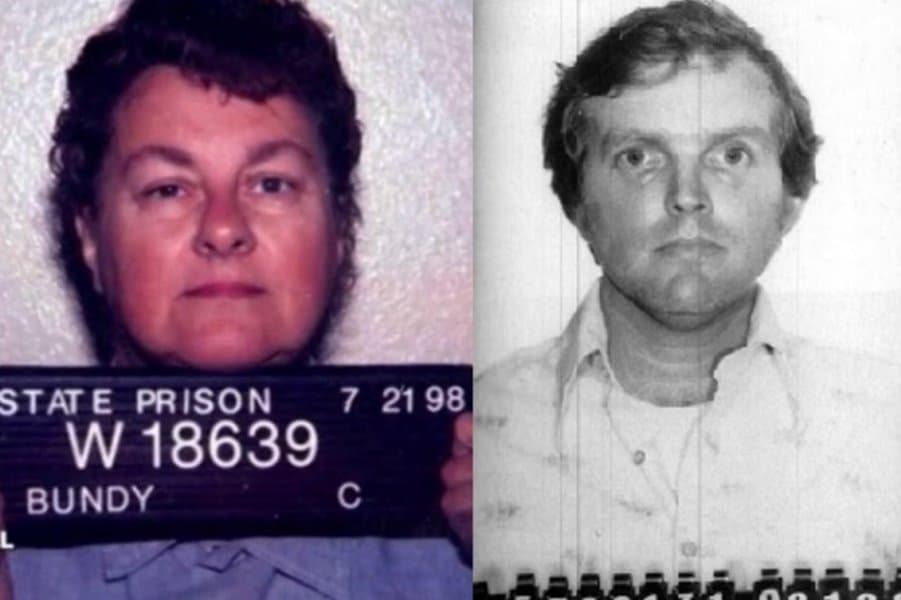 This serial killer couple was downright sick and twisted. The “Sunset Strip Killers” discovered a shared love of dark and twisted sexual fantasies that led them to kill multiple people around the Los Angeles area in the 80s. The two would murder drifters and prostitutes, believing nobody would try that hard to find them.

Doug Clark was the one doing all the killing, often on his own. He would come home and tell Carol M Bundy about his crimes before eventually getting her to help out. One time he brought home the decapitated head of one of the women he had killed. Bundy put makeup on the head and they kept it in the freezer.

Bundy soon become infatuated with local country singer Jack Murray and eventually told him about the killings. Shocked, Murray threatened to inform the police, so Bundy lured him to her van with the promise of sex. There she shot him and decapitated him, but the weight of what she has done was too heavy for her to deal with.

Bundy confessed the crimes to her co-workers and was arrested by police. During the trial, Bundy laid all the blame on Clark, while he said it was Bundy and Murray behind the killings and that she had murdered the singer to stop him from talking. The evidence was overwhelmingly in Bundy’s favor and she was sentenced to life in prison, passing at 61 in 2003. Clark is still on death row in California awaiting his execution. 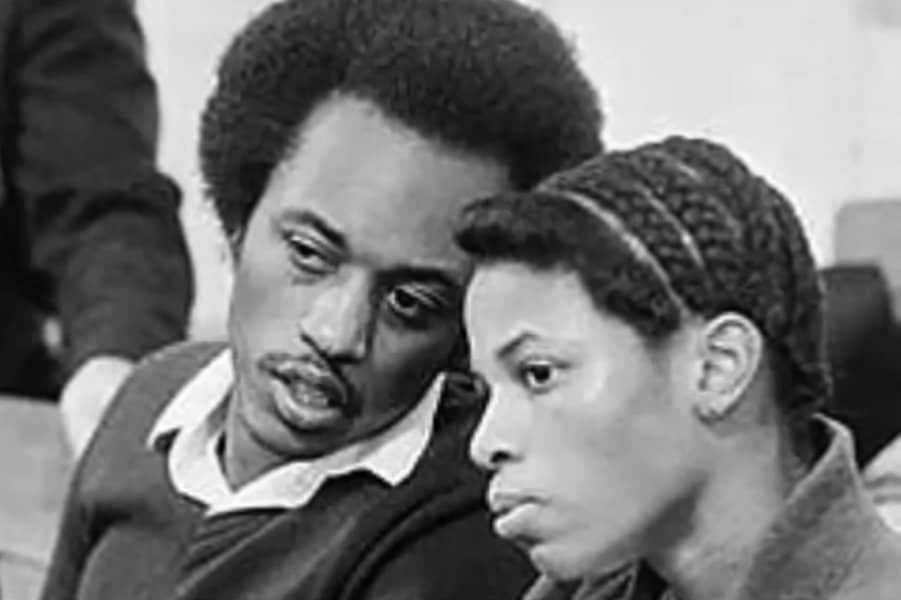 Alton Coleman and his accomplice Debra Brown committed a host of crimes across six American states in the Midwest during the 80s. Coleman had previously been jailed for rape before meeting Brown. On the eve of another trial in 1984, the two split and went on the run, robbing and killing as they traveled across the country.

The natural born killers weren’t prejudiced when it came to their killings, with their first three victims being children aged seven to nine. They also killed an elderly couple with a lead pipe. Along with viciously murdering their victims, they raped and robbed them. Over the course of 58 days, they murdered eight people, committed seven rapes, kidnapped three people, and carried out a massive 14 armed robberies.

The two were eventually captured, with Coleman executed in 2002 and Brown still serving time in prison with no chance of parole.

[Time for a Crime] True Crime In Russia/YouTube

It’s not just America where serial killings happen. Russian couple Inessa Tarverdiyeva and Roman Podkopaev committed a series of murders and robberies over a six-year period in the early 00s. Even more shocking is the fact that the married couple also got their two daughters involved.

Named the “Gang of Amazon,” the foursome killed close to 30 people, including the head of the information security department of the State Drug Control Service, Mikhail Zlydnev, and his wife, who they shot and then stabbed to death. They also slaughtered Lieutenant Colonel Dmitry Chudakov and his family and two teenage girls (one who was apparently Tarverdiyeva’s goddaughter), gouging out their eyes before shooting them.

They were eventually caught after robbing a police officer’s home. Tarverdiyeva was killed during a shoot-out with police while Podkopaev and her daughters are all severing long sentences in jail.