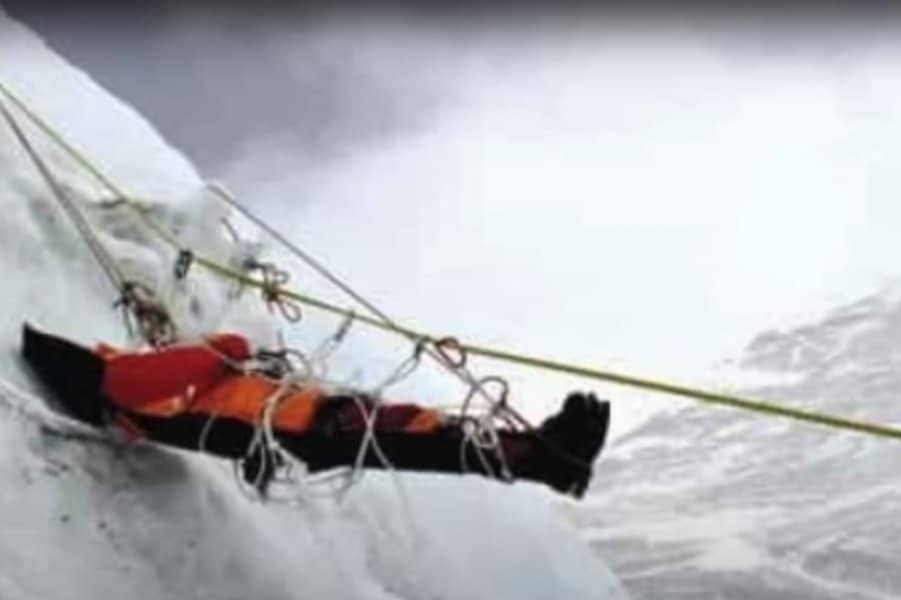 The Good, The Bad and The Pure Evil/YouTube

Mount Everest is the tallest mountain in the world above sea level. It attracts thousands of skilled mountaineers and inexperienced climbers each year. Some reach the top and live to tell their stories. Sadly, not everyone makes it to the summit. Several chilling Mount Everest deaths are heartbreaking and gut-wrenching.

Mount Everest sits between Nepal and Tibet. Over 300 people have died in their attempt to reach the top. Indeed, many of the dead bodies remain on the mountain. There’s a considerable risk of suffering an injury from a fall, extreme frostbite, and altitude sickness. On the other hand, many have reached the summit. In 1953, Edmund Hillary and Sherpa Tenzing Norgay were the first people to reach the top. However, many climbers don’t make it back down, and Earth’s highest mountain becomes their final resting place. 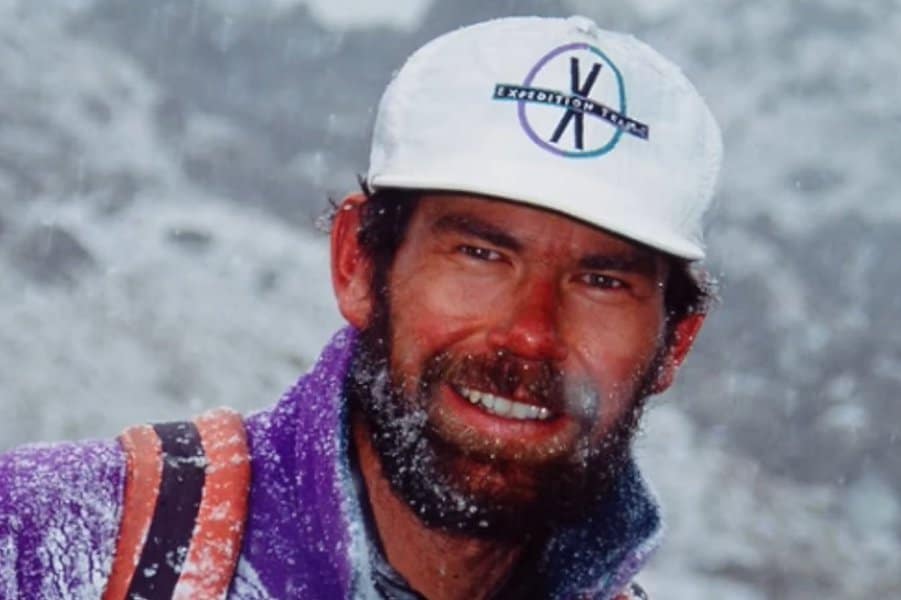 The Good, The Bad and The Pure Evil/YouTube

Mountain guide Rob Hall’s tragic death occurred during the 1996 Everest Disaster. The New Zealand native was an experienced climber and joined the Seven Summits Club in 1990. In May of 1996, Hall led his clients up Mount Everest when a devastating blizzard hit. Hall came across another climber, Doug Hanson, who was struggling and needed oxygen. Hall stayed behind and sent the Sherpas to help the other clients.

Hall and Hanson were stuck in the dead zone during a blizzard for 12 hours. Eventually, Hanson died, as Hall struggled to survive. Hall was able to radio back to base camp, who connected him to his wife via satellite phone. He knew the end of his life was near but assured her he was comfortable. Hall’s final words to his wife were, “Sleep well, my sweetheart. Please don’t worry too much.”

Hall’s body remains in the same spot he died on Mount Everest. One of Hall’s clients that night, journalist Jon Krakauer, wrote Into Thin Air based on the haunting events. The book inspired the 2015 film, Everest. 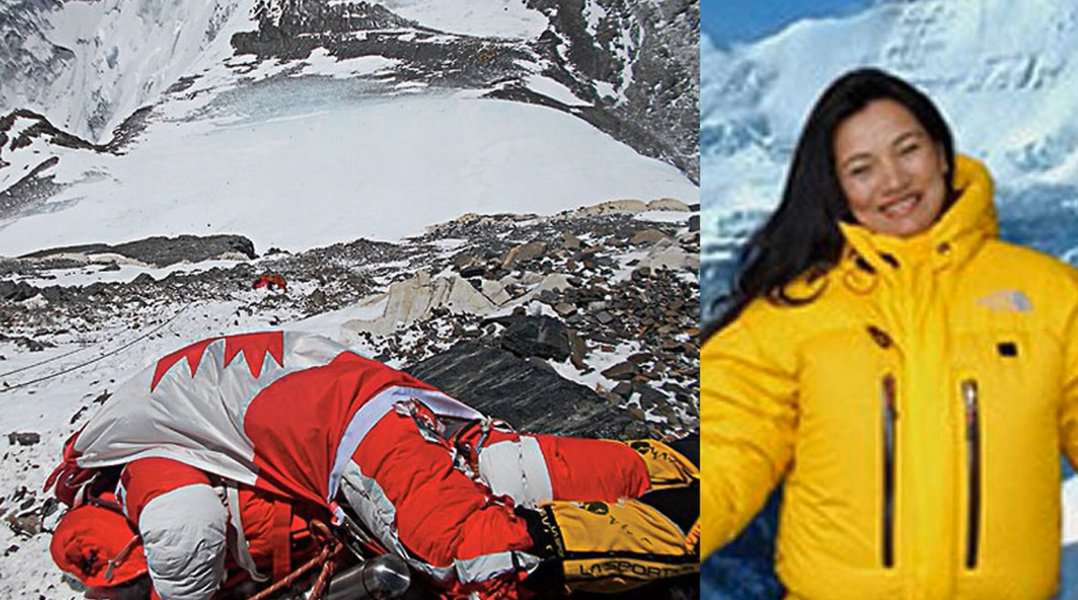 As climbers reached the top of Mount Everest, they would pass a heartbreaking and infamous landmark that sat there for years until it disappeared. Near the summit sat the dead body of German mountaineer Hannelore Schmatz with her eyes wide open and her hair blowing in the wind.

Schmatz tragically died on the descent on the upper slopes. In 1979, Schmatz became the fourth woman to reach the summit of Mount Everest. It was a fantastic accomplishment, but she ended up setting another record. Tragically, she became the first woman to die on Everest. 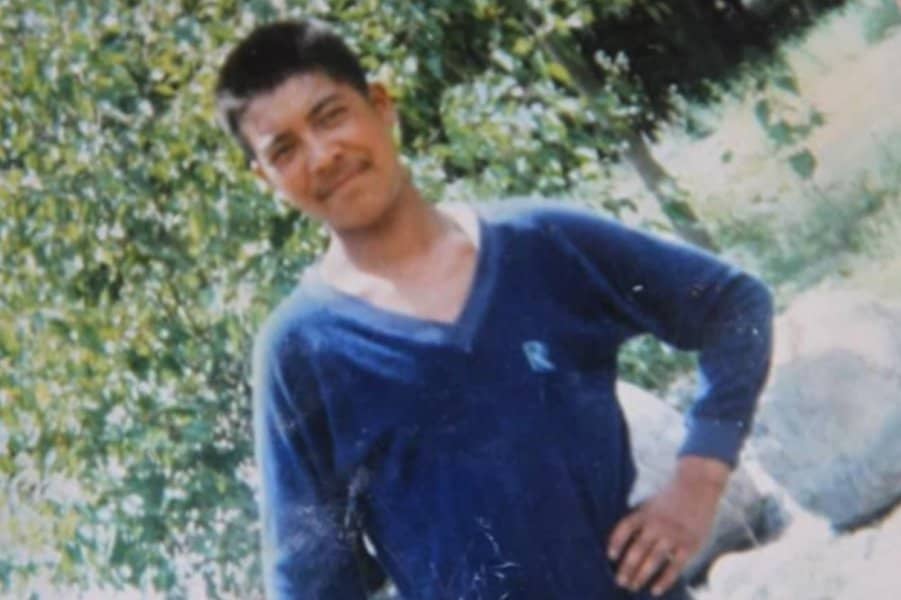 Green Boots lies in a small limestone cave on the Northeast ridge route of Mount Everest. It’s a grim landmark that serves as a final warning to those that reach the summit. The identity of Green Boots is not official, but most believe it to be Indian climber Tsewang Paljor.

Paljor was part of a team that attempted to reach the summit but died due to the 1996 Everest Disaster. Paljor and two others continued while the rest returned after weather conditions worsened. The climbers remember seeing Paljor wearing green boots that day, hence why many believe the body with the green boots is Paljor. 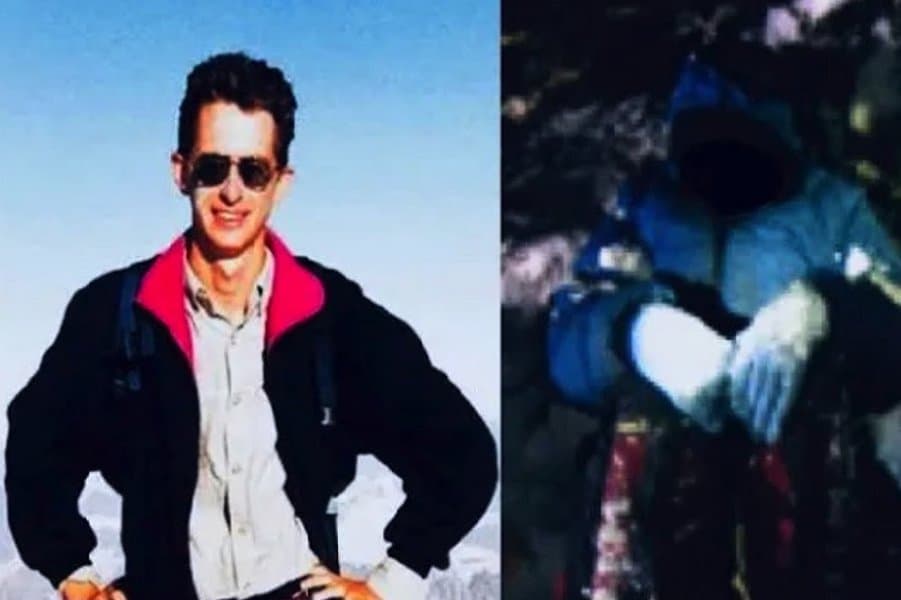 In 2006, David Sharp made his third attempt at conquering Mount Everest. He tried to reach the summit without a Sherpa, sufficient oxygen, and limited supplies. Later, a group of climbers spotted Sharp next to the body of Green Boots in the same limestone cave. He desperately needed medical attention and had extreme frostbite.

Several groups passed by Sharp without helping, but a few tried to assist him. It was dangerous for anyone to help due to being at high altitudes. Sadly, Sharp died near the summit a few hours later. His death stirred up controversy due to several climbers not providing aid. Sharp’s body is one of many high above the clouds on Mount Everest. 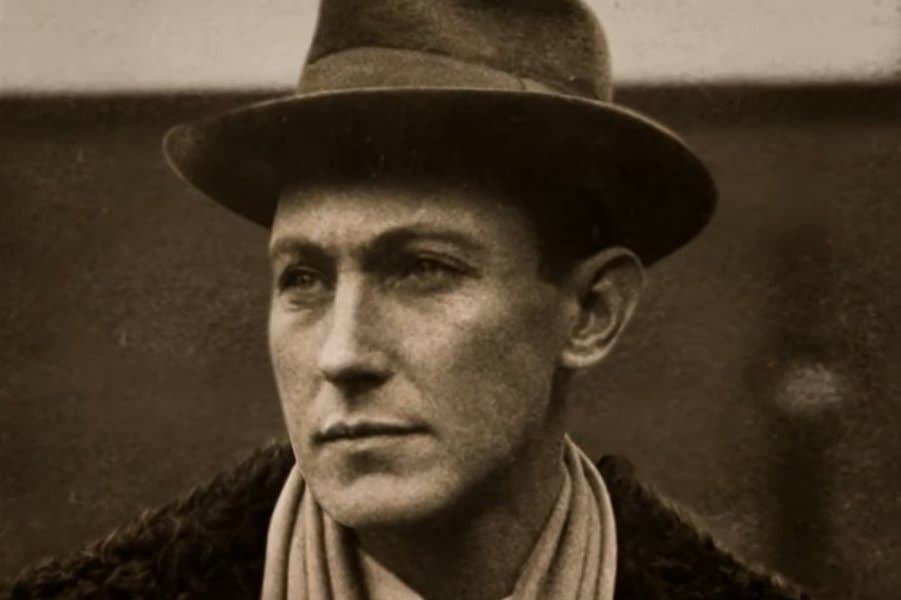 George Mallory dreamt of one day climbing to the very top of Mount Everest but had failed twice before. On June 4, 1924, Mallory took his final trip up the mountain and promised to leave his wife’s photograph on the summit. Climbers last saw Mallory and Andrew Irvine as they headed towards the summit before disappearing into the fog.

There was no trace of the bodies for 75 years, although climbers discovered a few of their belongings. On May 1, 1999, an expedition finally found Mallory’s body but not Irvine’s. It remains a mystery if Mallory made it to the summit or not. However, his wife’s picture was not with the body when discovered. The climbers buried Mallory’s body on that very spot on Mount Everest. 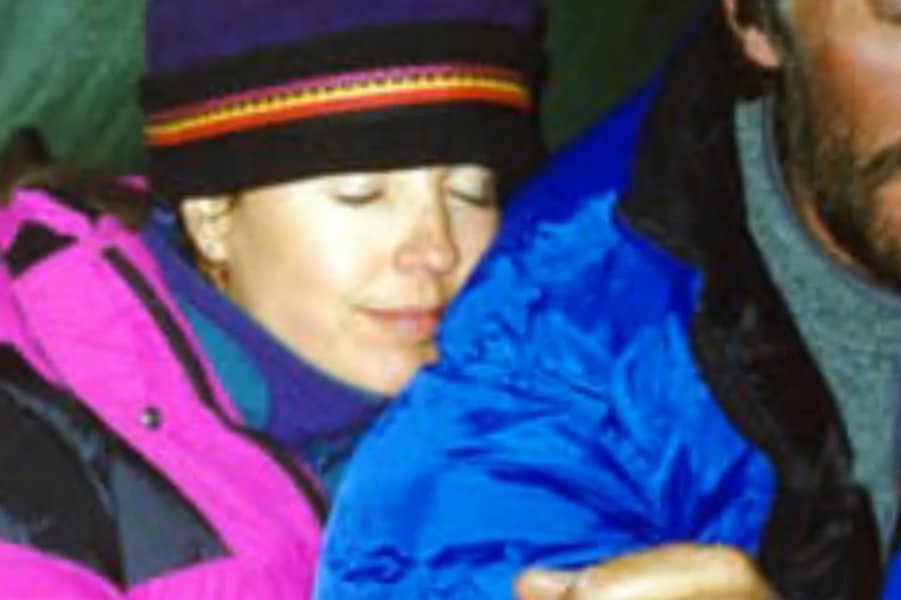 For nine years, climbers on their way to the summit would pass the dead body of “Sleeping Beauty” Francys Arsentiev. In 1998, Francys joined her husband, experienced climber Sergei Arsentiev, on a daring climb. On the descent, Francys and Sergei became separated. It appears Sergei tried to rescue her, but he disappeared.

Mountaineers Ian Woodall and Cathy O’Dowd found Francys clinging to life on the side of the mountain. Cathy remarked she looked like Sleeping Beauty due to her pale complexion and extreme frostbite. They attempted to help her but had to give up the rescue or risk their own lives. Francys’ body remained in the same spot until Woodall returned in 2007. He moved her body and covered it with the American flag. 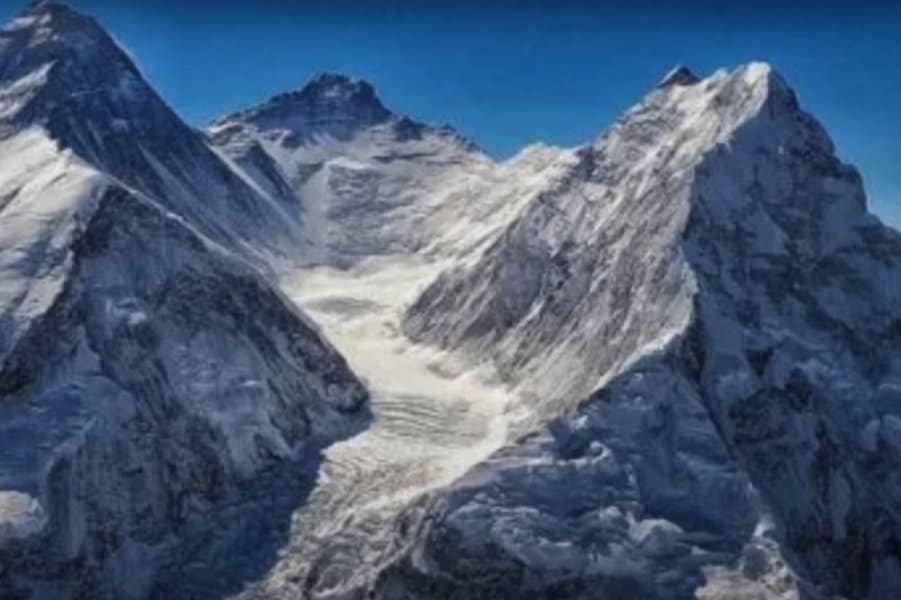 Mount Everest’s death zone is at about 26,000 feet and is one of the most challenging areas on the mountain. The climbers often encounter altitude sickness, and it’s common for many climbers to become tragically ill.

On May 8, 2022, Russian climber Pavel Kostrikin hoped to reach the summit, but the climb was too much. He began suffering altitude sickness when he reached Base Camp II. He returned to Base Camp I, where he died due to illness. It was the first death of a foreigner during the climbing season. 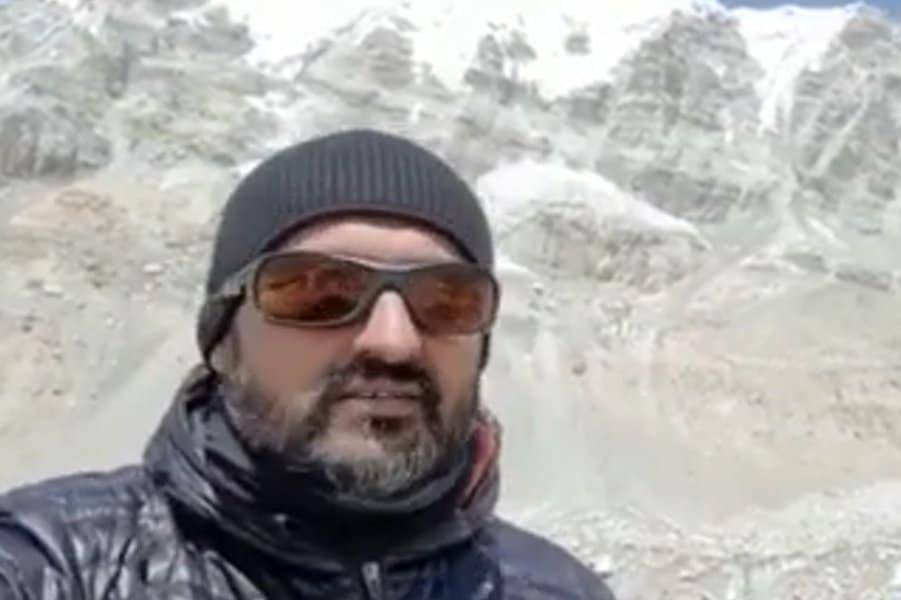 Mount Everest has several obstacles before reaching the summit, including South Col, the Khumbu Icefall, and The Three Steps. Certainly, the climb can become incredibly exhausting. In 2021, Swiss climber Abdul Waraich and American Puwei Liu attempted to conquer Everest. However, they both died from extreme exhaustion. 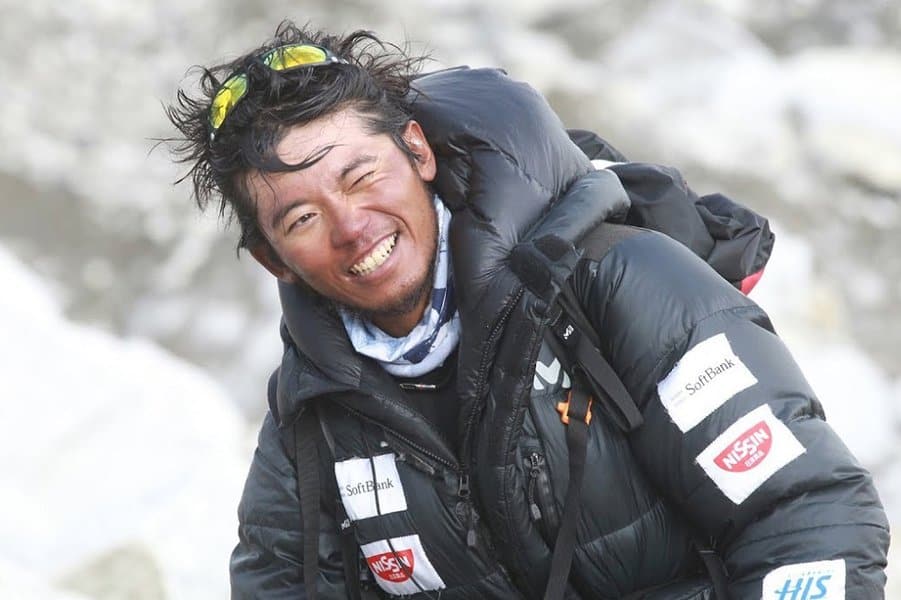 The inspirational Nobukazu Kuriki had failed to reach the summit of Mount Everest on several attempts. Indeed, he even lost nine of his fingers due to frostbite on one of his attempts. Regardless, Kuriki wouldn’t let anything stand in his way of accomplishing his goal. Tragically, he died trying on his final effort in 2018. He gave up his climb when he became violently ill and returned to his tent, where he died. 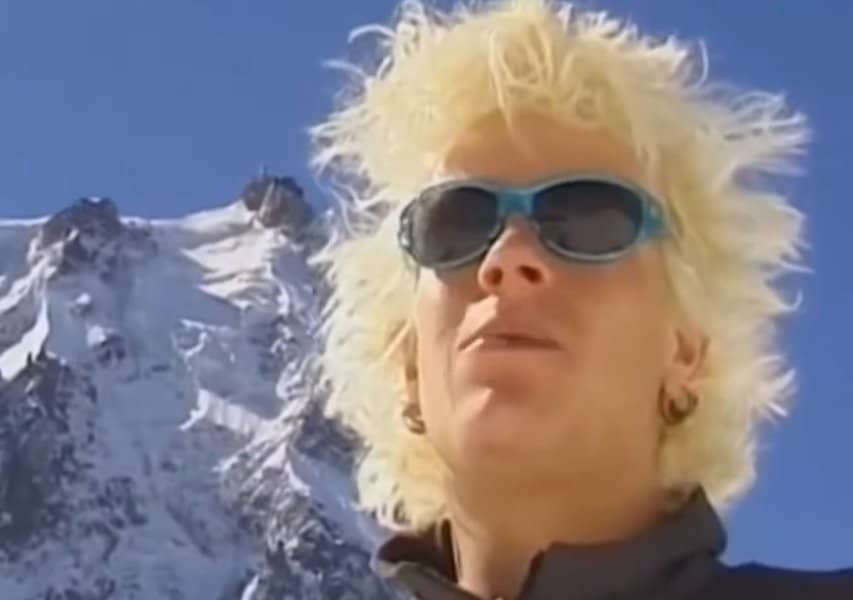 French snowboarder and experienced climber Marco Siffredi wanted to reach the top of Mount Everest to find an epic snowboarding route. In September 2002, Siffredi and three Sherpas reached the summit after a 13-hour journey. Siffredi wasted no time and prepared to go snowboarding.

However, the Sherpas advised against it due to the incoming storm. The Sherpas last saw Siffredi disappearing into the mist on his snowboard. Most assume he died from exhaustion. However, his sister believes he made it to the bottom and lives among the people in Tibet.

See more about - 12 Serial Killers That Were Never Caught