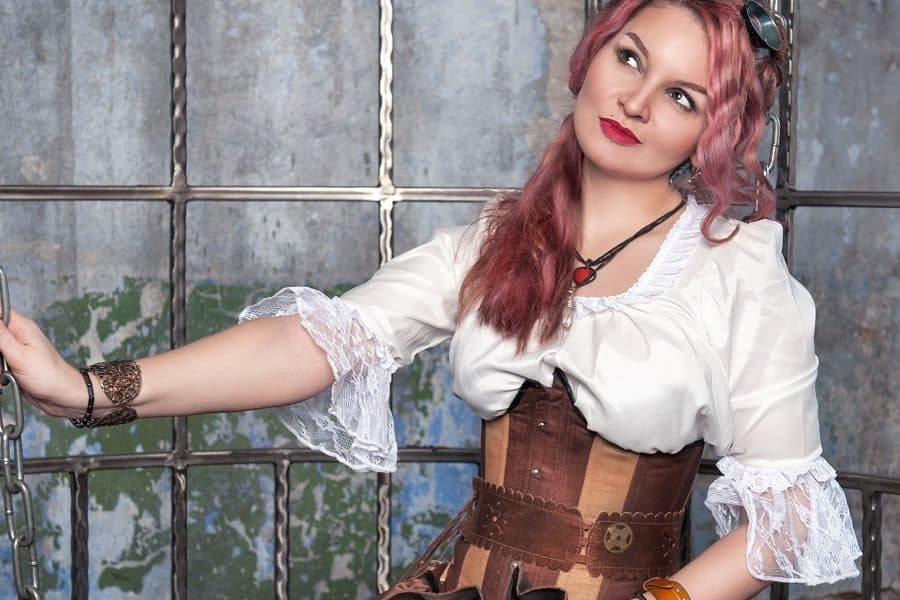 This just in — the Victorian age is back! Before alarm bells ring, we don’t mean that in a way that the air is smoggy and anesthesia isn’t a thing — we’re taking the best parts of the era and leaving the parts that we would rather not relive behind. Of course, when we talk about these best parts, we are talking about Victorian fashion.

Although some of the most commonly known fashion styles of the Victorian era include long coat tails and an even longer top hat, it may surprise you that many of the styles that we today hold at the apex of style come from this time, which lasted from 1837 to 1901. In this article, we delve into some of the most memorable fashions that can trace their origins to this unique period in human history.

While the gothic style of clothing is reminiscent of the 1990s for many people, it saw a considerable revival in Victorian times. This was especially true for the architecture of the area, with a considerable number of churches and government buildings built in the Gothic revival style.

While this style of architecture consists of large stained glass windows and an excessive use of stone, elements of gothic clothing include long jackets, dramatic accessories (like a cane), and black upon black upon black.

A formal event can be an opportune way to help show off your individual style. Next time that you have an occasion to dress up for, instead of opting for a traditional suit, there are some stylish variations that come right out of the Victorian age. These include a patterned vest (a paisley pattern was particularly popular), a dapper bow tie, and even a top hat.

“Neo-Victorian” is a term used to describe the melding of Victorian and Edwardian cultures. The Edwardian era came right after the Victorian era, although it was a much shorter period in history, lasting from approximately 1901-1910. In the fashion world, Neo-Victorian style is closely associated with Gothic clothing, including elements like layers of black fabric, a bold use of accessories, and an eclectic mix of patterns.

The word “steampunk” is used to describe a cultural movement that takes inspiration from science fiction and, to a lesser extent, fantasy. Its name derives itself from the industrial age, a time in which steampunk draws its inspiration from. This unique mixture of futuristic and historical elements is reflected in fashion by the likes of pinstripe suits, petticoats, waistcoats, and, perhaps most importantly, a pocket watch.

The term “Bohemian” originates from a region in what is today known as the Czech Republic (or Czechia). However, its connotations have less to do with geography and more to do with a style that is free spirited and inspired by the Earth. To put a Victorian spin on the Bohemian style, look for long, flowy pieces that feature large swatches of lace and dynamic fabric components like puffy sleeves.

Gothic fashion is not just fit for the boy’s club — it actually offers some great options for women, as well. Aside from copious amounts of black fabric, common elements of female gothic wardrobe pieces include uncommon accessories such as corsets, belts, gloves. Women’s gothic fashion can be surprisingly feminine, especially when mixed with Victorian elements like satin, lace, and large billowy skirts.

Gypsy Victorian style represents a pastiche of some of the fashion world’s most memorable trends. The Gypsy community was especially active in Victorian times, and the clothing that was popular in the traveling community had to be suitable for life on the road.

This includes practical elements such as durable leather boots and loose-fitting clothing. However, somewhat paradoxically, it is also important that clothing stand out and signify the unique traveler culture, with over-the-top fashion elements like bold patterns and unconventional material types, like velvet.

As earlier mentioned, “Neo-Victorian” refers to the perfect blend of both Victorian and Edwardian styles. Because of this melange, some of the fashion choices that fit into this style look much more modern than fashion choices that are strictly Victorian. For women, this can include things like blazers, vests, tight pants, scarves, and shorter skirts.

Steampunk fashion offers plenty of options for those who are looking for a touch of femininity. More precisely, this includes dark tones like royal blue and grey, fluffy underskirts, high heeled shoes, leather corsets, and patterned tights. The only limits are what you want out of your individual style.