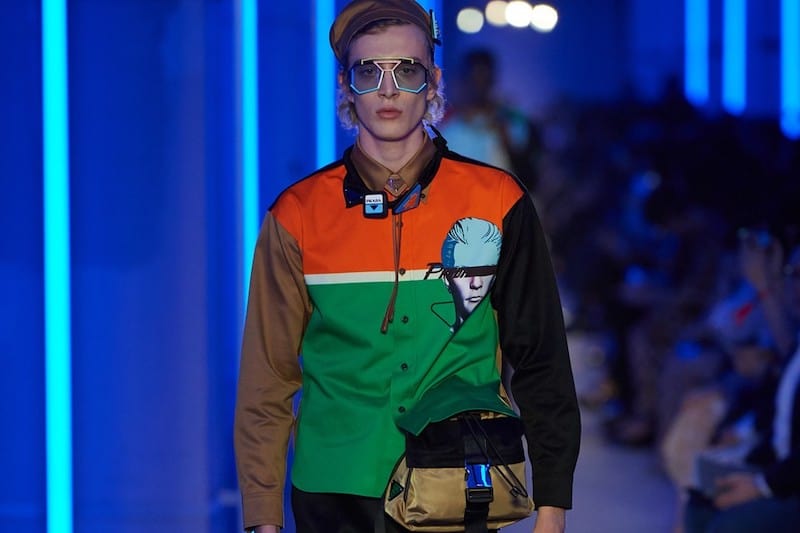 Prada vs. Louis Vuitton: Everything You Need To Know

When it comes to high-end designer brands, there are a few that immediately come to mind that are iconic and will forever live in the luxury landscape. Two of these brands are Prada and Louis Vuitton and owning pieces by either of these design houses is a right of passage. Both of them have proven their longevity, and their names will still be in demand for years to come. If you’re unfamiliar with either brand or want to learn more, read on and find out the history behind these two high-profile labels. 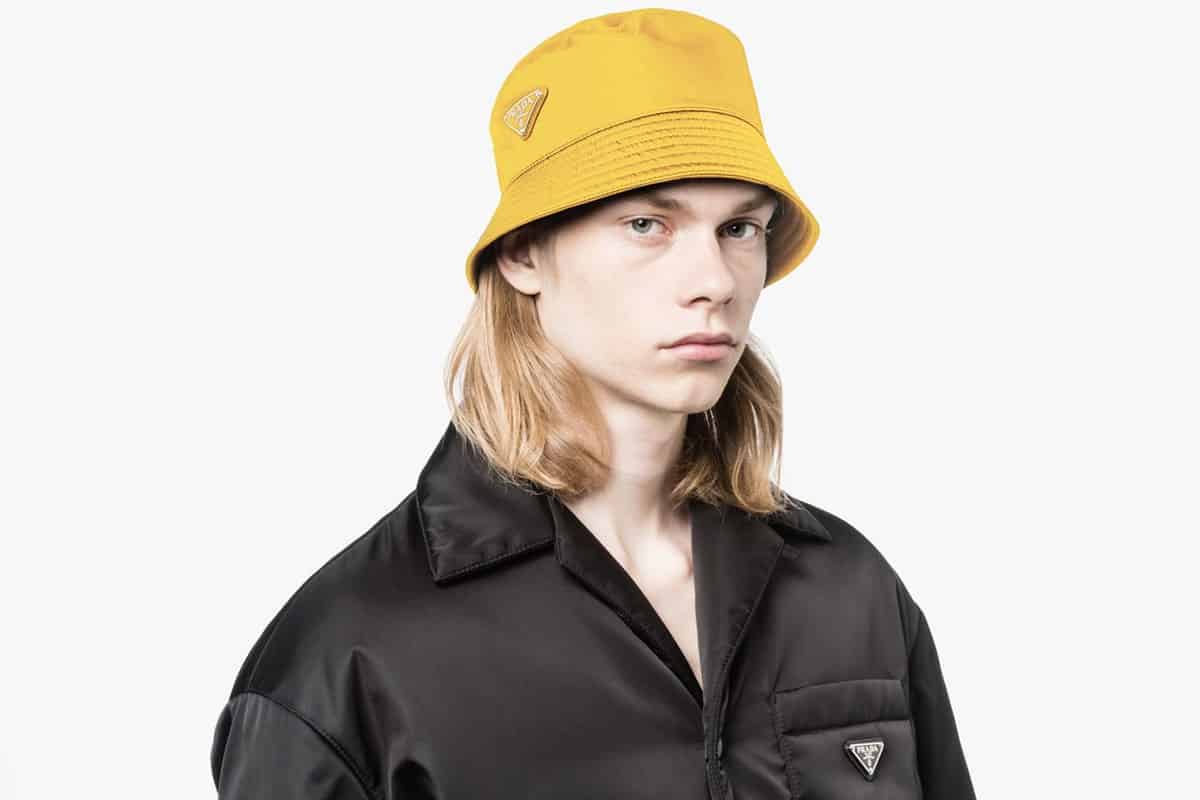 Mario Prada opened the first Prada leather goods shop in 1913 with his brother, Martino, where they sold bags, trunks, steamers, and travel accessories.

In 1919 Prada was awarded the title of Official Supplier of the Italian Royal House. This honor is what makes Prada a symbol of the Italian aristocracy and allowed Prada to display the House of Savoy coat of arms and knotted rope design in its trademark logo.

In the patriarchal style of the times, Mario Prada did not believe that women should work outside the home and he excluded his female family members from working for his company. Ironically, his only son had no interest in the family business, so his daughter, Luisa Prada, took over as Mario’s successor and ran it for almost 20 years.

In 1979 the company added footwear to its growing product line. It was very well received and the business continued to grow and gain attention leading them to expand their network of directly-owned stores all over the world. The stores were known for their clean aesthetic as well as the unique green hue the walls were painted. The color became known as “Prada Green.”

Prada debuted their first fall/winter collection on the catwalks of Milan in 1988. The fashion world fell in love with Prada’s clean lines, luxurious fabrics, color selections, dropped waistlines, and narrow belts. In turn, they became one of the most coveted brands in the fashion world by the early 1990s.

Prada now houses several smaller brands, such as Miu Miu, Church’s, Car Shoe, and Pasticceria Marchesi. The classic Prada Linea Rossa was relaunched in 2018 to wide acclaim. The designers behind Prada continually strive to be innovative while maintaining their classically refined style. Prada is most definitely here to stay.

See more about - Nike vs. adidas: Everything You Need To Know 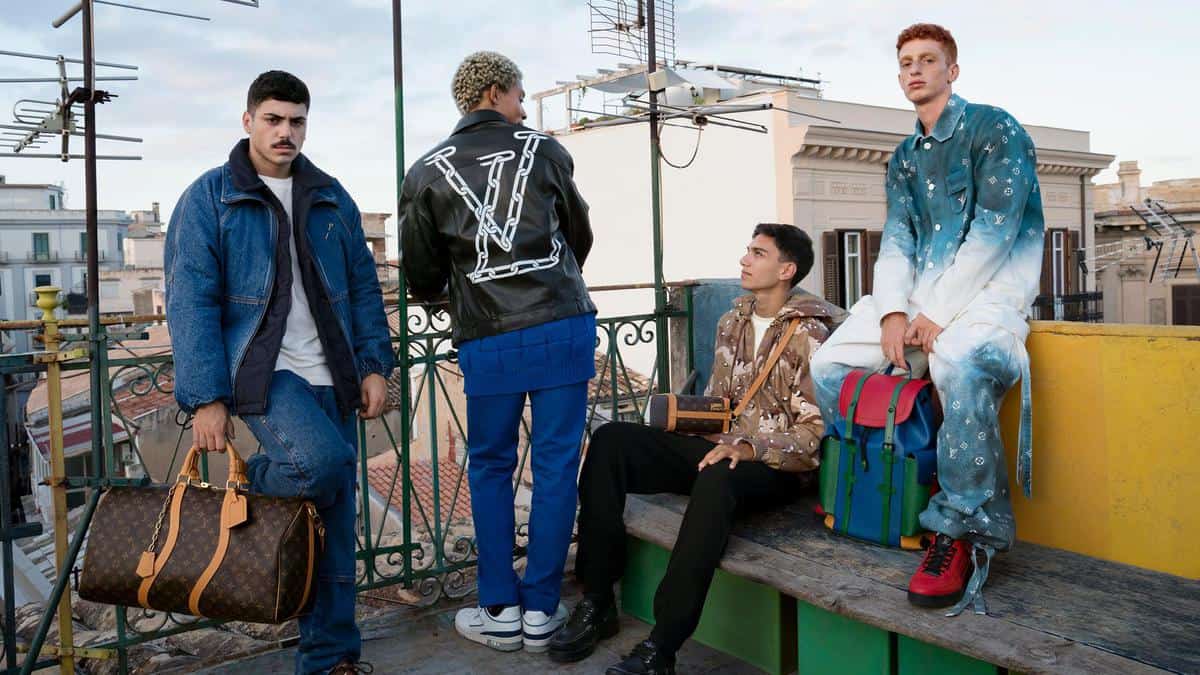 When it comes to opulent fashion, Louis Vuitton is the standard. With their signature iconic monogram, it is easy to see why carrying a Louis Vuitton handbag is a status symbol. How did a company known for luggage become one of the top luxury brands? I’m glad you asked.

Louis Vuitton was born in 1821 to a working-class family in eastern France, where perseverance and a strong work ethic was the theme of every day. At the age of 16, he walked 292 miles from his hometown to Paris to try and make a new life for himself.

When he arrived, the city was in the midst of industrialization, and at the time, horse-drawn carriages, boats, and trains were the main modes of transportation and baggage was handled quite roughly. With this came the need for sturdy travel pieces. Vuitton was taken in as an apprentice for a successful box maker and packer named Monsieur Marechal. He learned to craft durable containers and how to pack them properly. These were the roots of his highly specialized trade and the beginnings of his career in an artisanal industry that called upon skills to custom design boxes according to clients’ wishes. Louis Vuitton stayed for 17 years before opening his own workshop at 4 Rue Neuve-des-Capucines near the Place Vendome in 1859.

Travelers carried all of their essentials and valuables inside wardrobes and flat trunks, which attracted burglars. As a master trunk maker, Vuitton wanted to help his clients protect their goods. Vuitton and his son Georges adopted a single lock system with two spring buckles. The system was so revolutionary and effective, they challenged the escape artist Harry Houdini to escape from a Louis Vuitton box and lock. Even though Houdini did not accept the challenge, the effectiveness of the lock is indisputable and it is still the one being used today.

In 1892 Louis Vuitton passed away at the age of 70 and his son, Georges, became the new head of the luxury house. In 1896, to honor his father, Georges introduced the signature LV monogram and the infamous pattern with LVs, quatrefoils, and flowers. This is the iconic monogram that has risen to fame. With this rise in prominence, the brand caught the eye of one of the most established fashion icons: Gabrielle Chanel.

In 1925 a dome-shaped handbag meant for personal use, rather than travel, was created specifically for Chanel. In 1934 she allowed the brand to mass-produce the bag for the general public. It was redesigned to be more compact and streamlined for everyday use and dubbed The Squire until it was renamed The Alma in 1955. With the success of its smaller goods, Louis Vuitton expanded its product line to include The Keepall and Speedy in 1930 and The Noe in 1932. The demand for these bags was so high that they are still currently made in a myriad of materials and sizes. 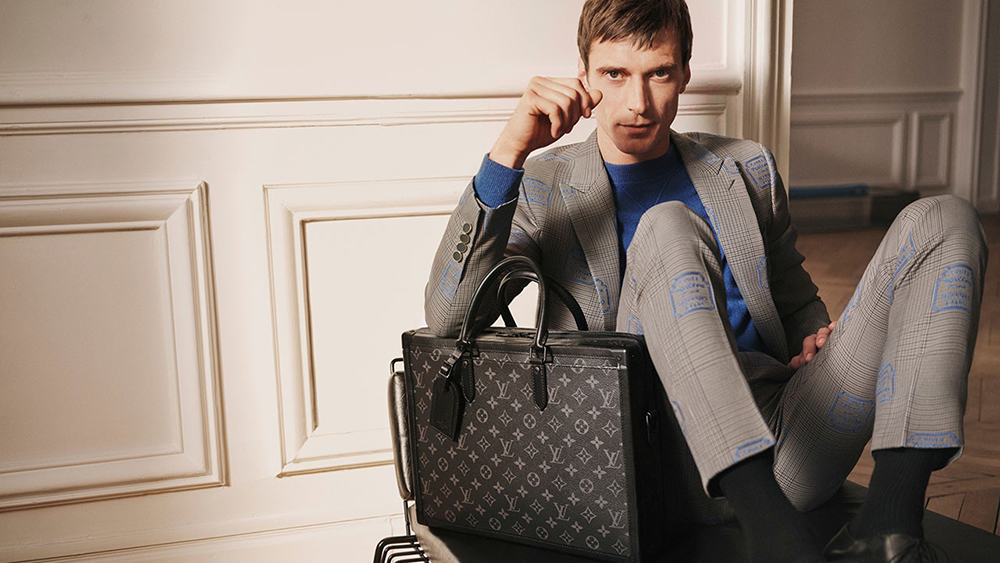 With Louis Vuitton as the premier company for luxury goods, it made sense to align with the leading manufacturers of champagne and cognac, Moet et Chandon and Hennessy, thus creating the LVMH conglomerate in 1987.

In 1997 Marc Jacobs was appointed as the first creative director. Marc Jacobs designed the brand’s first ready-to-wear line and introduced the Monogram Vernis range of handbags. In 2001, Stephen Sprouse, with the help of Marc Jacobs, designed a collection of neon graffiti written over the classic monogram canvas, which, to this day, are some of the most sought-after pieces amongst collectors.

Following the success of the Stephen Sprouse collection, Louis Vuitton began to do more collaborations with popular artists and designers. In 2003, Louis Vuitton worked with Takashi Murakami to create the Multicolor Monogram. Murakami was also responsible for the famous smiling cherry blossom print.

In 2018, Virgil Abloh was appointed the men’s creative director and has since designed and introduced pieces that are coveted by men and women alike, a rarity for the brand since its inception. Since taking the position, Abloh has not only created stunning new accessories for men, he has introduced pieces that capture the hearts of everyone, regardless of gender. As the brand continues to grow and evolve, there is no telling what we will see next, but the anticipation is exciting!