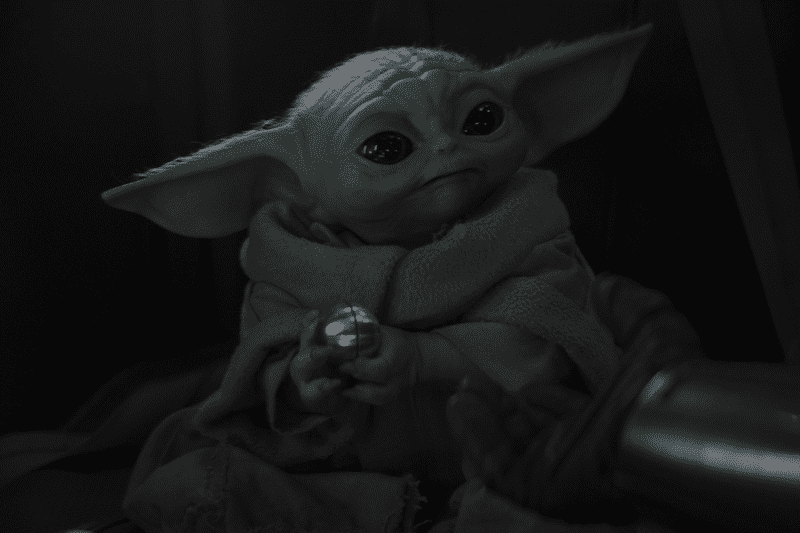 25 of the Funniest Baby Yoda Memes

Baby Yoda is arguably the best character to come out of the Star Wars universe in years. As Disney try their best to continue the legacy of the franchise, they have found a winner with Grogu. First appearing in the hit series The Mandalorian, baby Yoda is not actually a baby. He’s a 50-year-old creature who belongs to the same race as the great Yoda. The cute-looking Grogu (his real name), is possibly the most powerful individual to possess the Force, if he can learn to control it. But as is the case these days, when something becomes a social media hit, it gets the meme treatment. The internet is chock full of Baby Yoda memes featuring the cuddle green dude.

Thanks to his hilarious facials and wonder at the world around him, Grogu makes the perfect subject for a meme. He’s crossed over into pop culture and can now be considered somewhat of an icon. In honor of the googly-eyed Grogu, here are 25 of the funniest baby Yoda memes on the internet.

1. The Way He Makes Me Feel 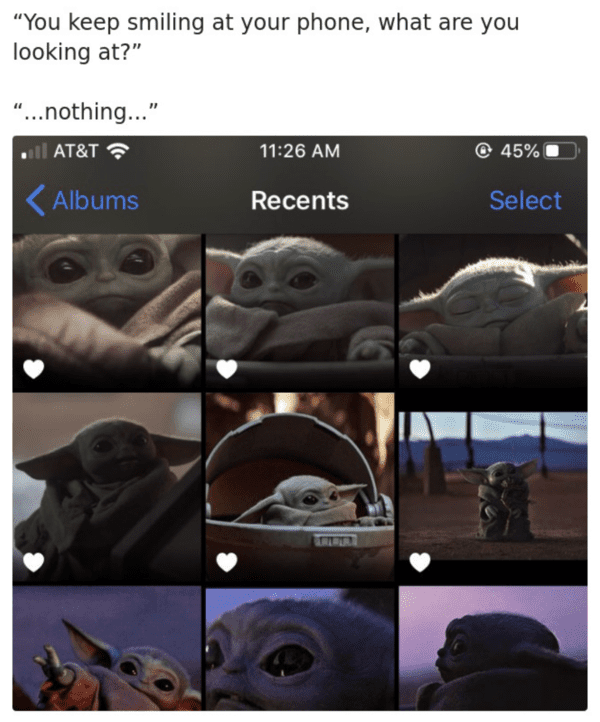 Who else gets hit in the feel when they see pictures of Baby Yoda? Disney Plus certainly knows how to tug at the heartstrings. 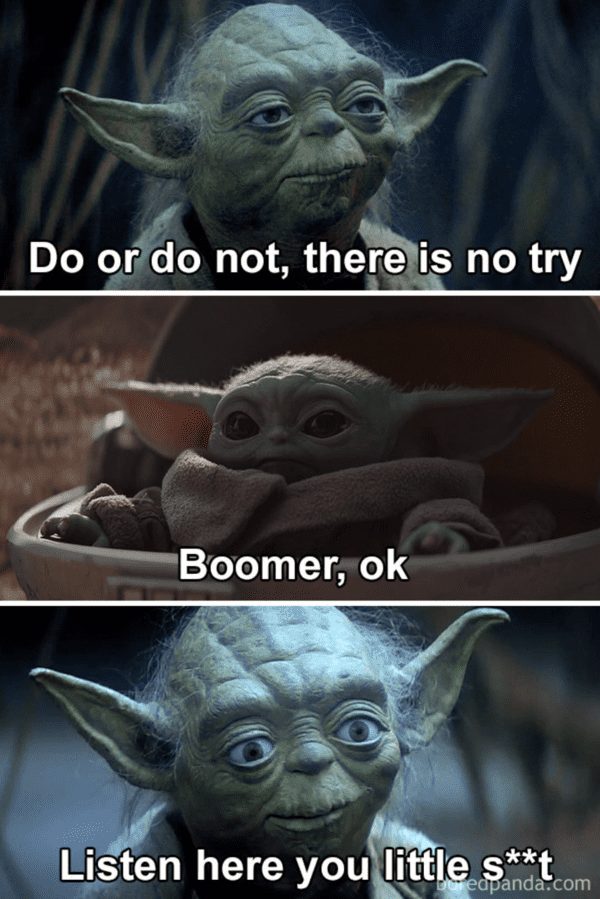 If you’re a young Star Wars fan you will enjoy this one. This hilarious meme pits the original Yoda against Baby Yoda in the battle of the generations.

3. They Should Be Paying Me More 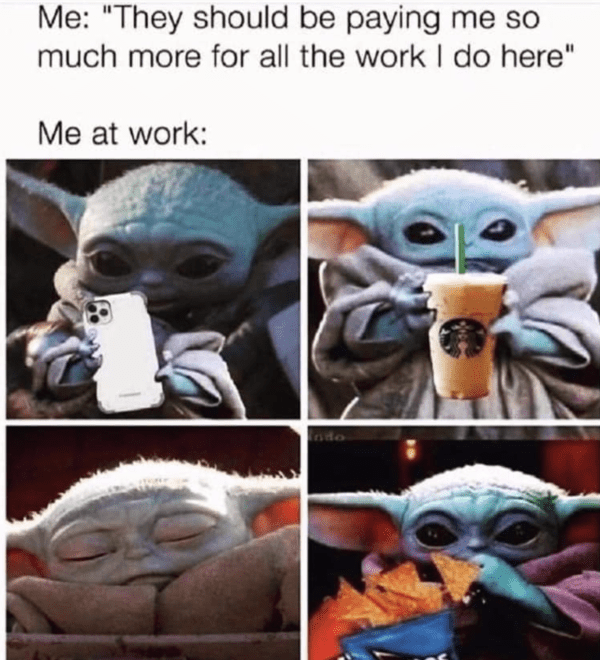 Who else thinks they deserve more money even though you spend half their time at work eating, drinking, sleeping, and playing on your phone? This meme is cuteness overload. 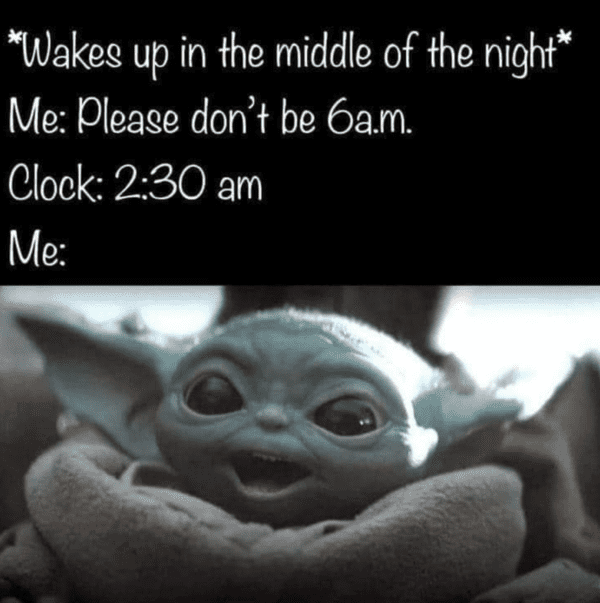 This meme is very relatable. Waking up in the middle of the night and thinking it’s morning only to realize you still have a couple of hours left to sleep. Yew!

5. You Took Everything From Me! 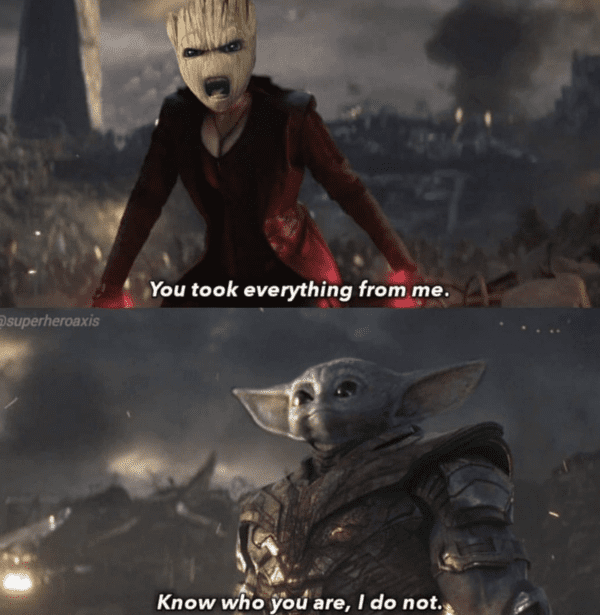 A great Marvel/Disney crossover featuring Baby Groot and Baby Yoda facing off. The images are taken from Avengers: Endgame when Scarlett Witch confronts Thanos and blames him for everything and he has no clue who she is. This meme puts Groot as Scarlett Witch and Grogu as Thanos, with the Star Wars character unaware he’s now taken over the mantle as the cutest animated character in film and TV history.

6. You Know That Look 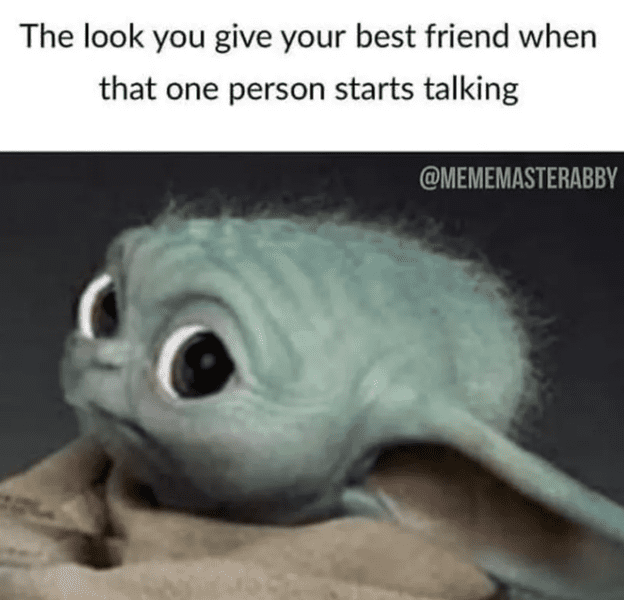 There is always one person in your friendship group who talks a lot of shit. This expression from Grogu mirrors how many of us react when looking at our other mates. Lots of side-eye going on here. 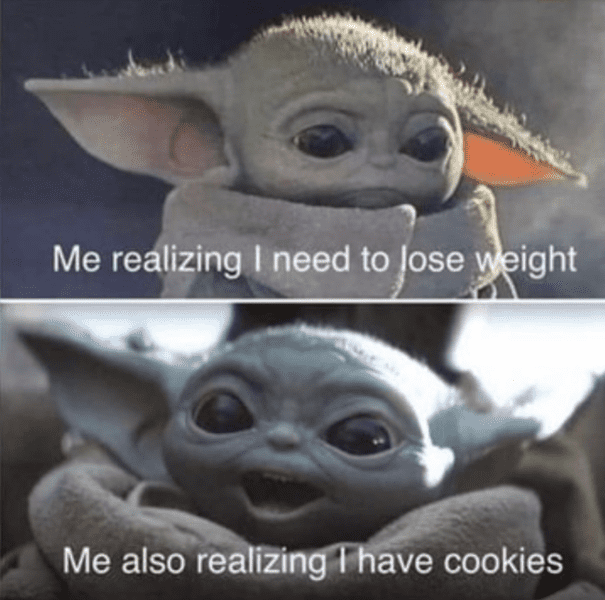 It’s always hard to lose weight, especially when there are cookies around. 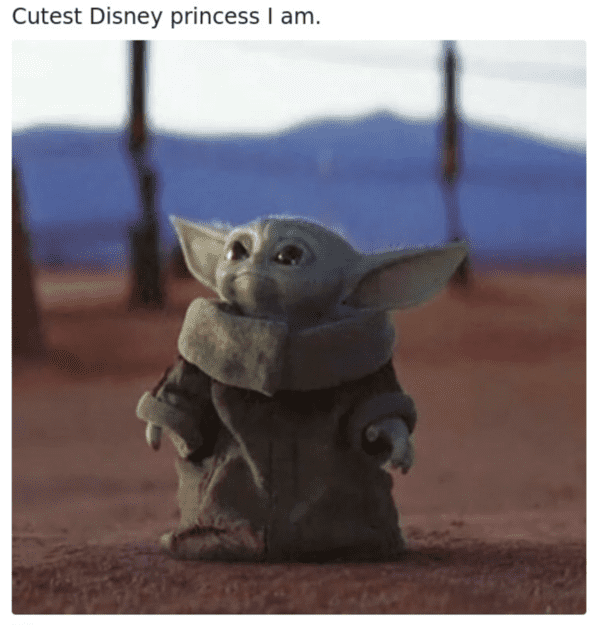 It’s hard to argue with this meme. Baby Yoda is clearly the cutest Disney princess of the modern era. 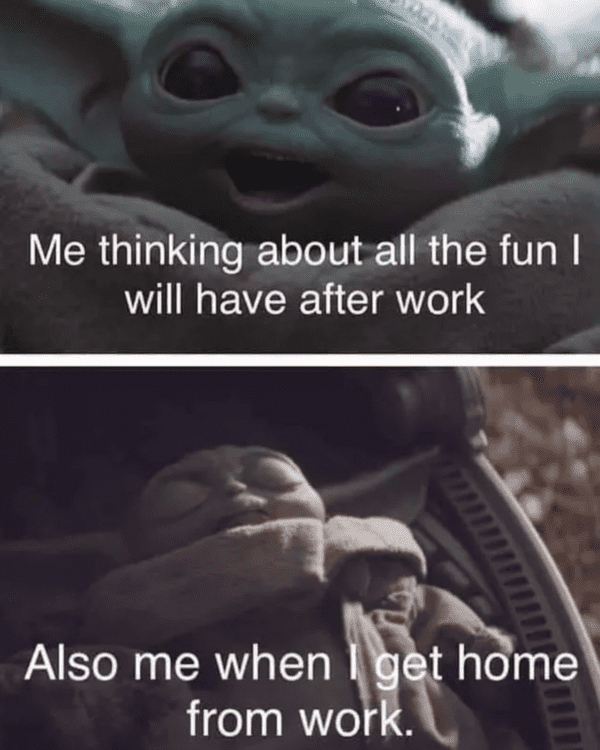 Another relatable Baby Yoda meme. Who doesn’t plan to do heaps of things when they finish work, only to sit on the couch and fall asleep?

Baby Yoda is so famous that he even appeared on an episode of Saturday Night Live. But unlike the cute creature on The Mandalorian, this version is a foul-mouthed gangster who warns Baby Groot to stop harassing him or pay the price. 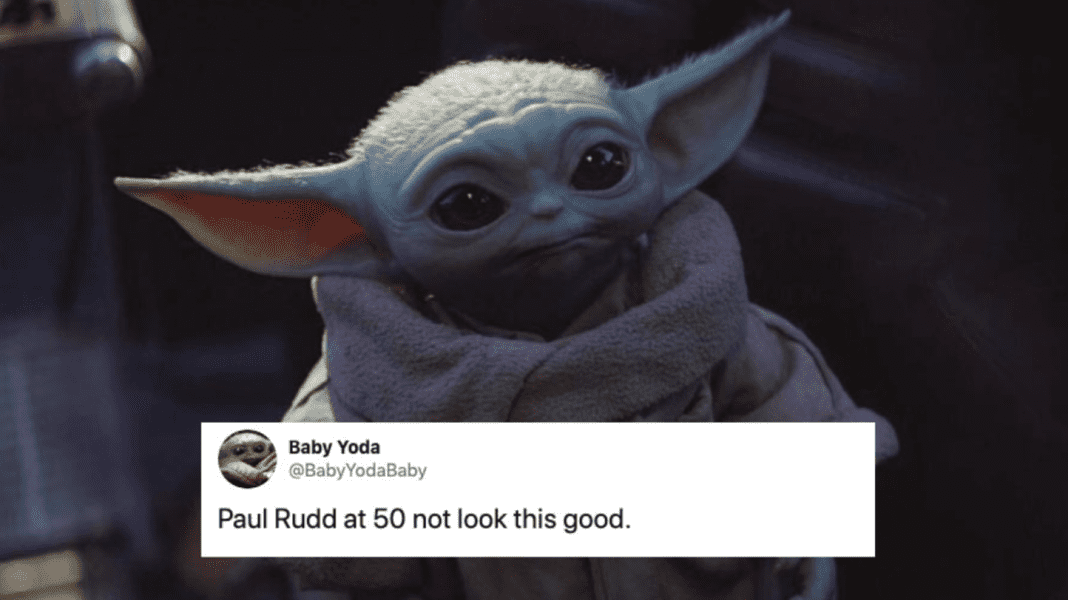 Paul Rudd is adored for looking so good at the age of 50, but he’s no Baby Yoda. 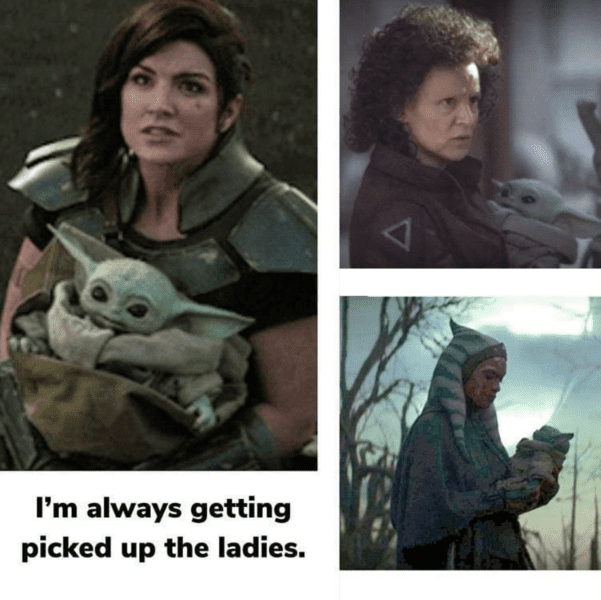 Baby Yoda is quite the lady’s man according to this meme. Cara Dune, Peli Motto, and Ahsoka Tano have all cradled Grogu in their arms at some point.

13. When the Fake ID Isn’t Working 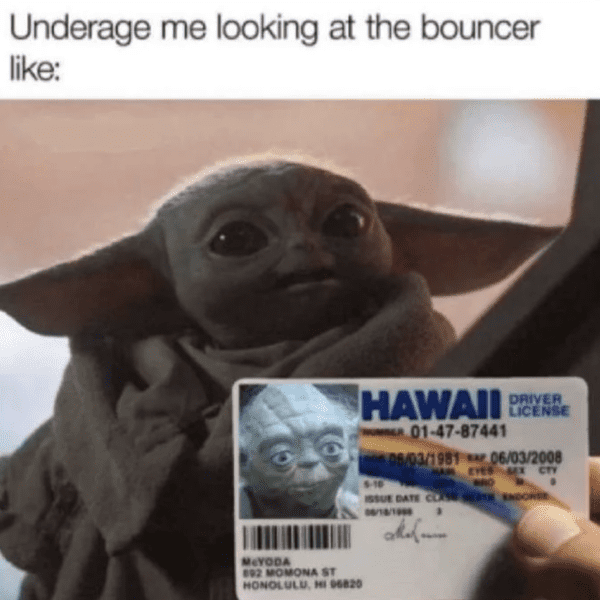 Baby Yoda using a fake ID with an image of the actual Yoda is quite clever and sure to give any Star Wars fan a laugh. 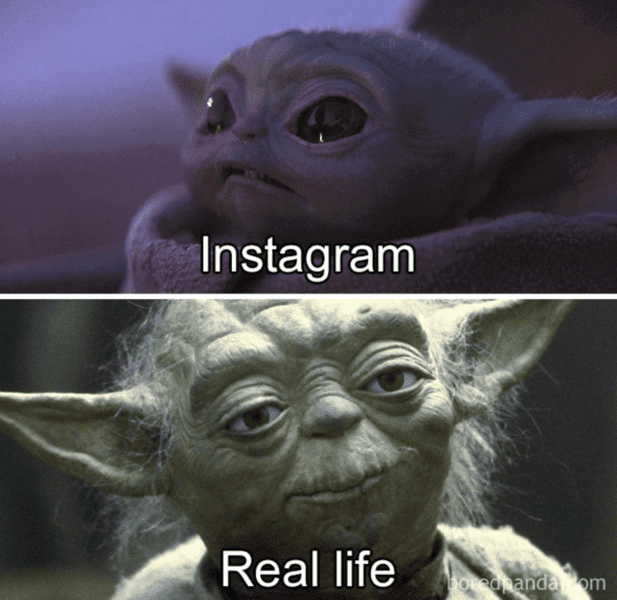 It’s amazing what filters can do. 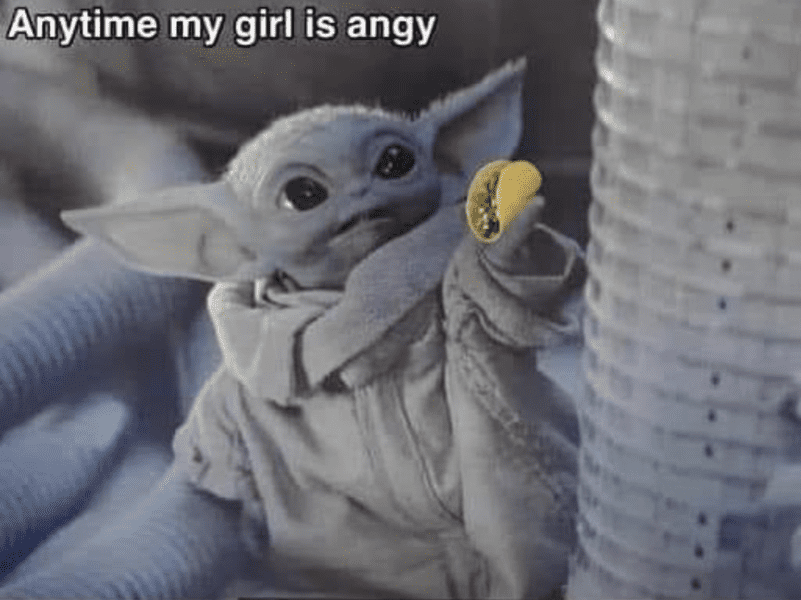 Everyone knows the best way to keep your lady happy is through food. Baby Yoda understands this also, offering up a taco to keep the peace. 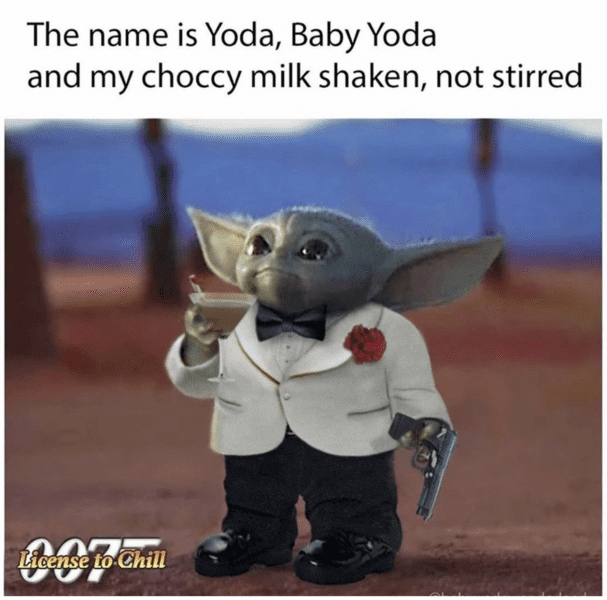 Here is a crossover we didn’t see coming. Baby Yoda dressed as James Bond is certainly a funny image that could kick start a whole new franchise. 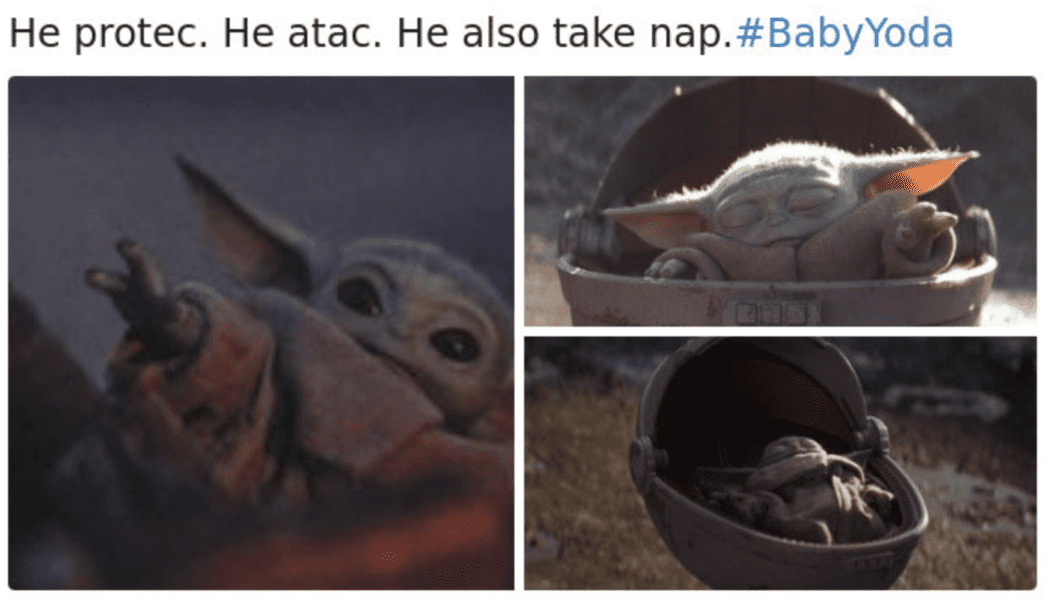 This classic takes inspiration from the ‘he protec but he also attac’ meme, with Grogu also a nap lover.

18. Nobody Is Sexier Than Baby Yoda 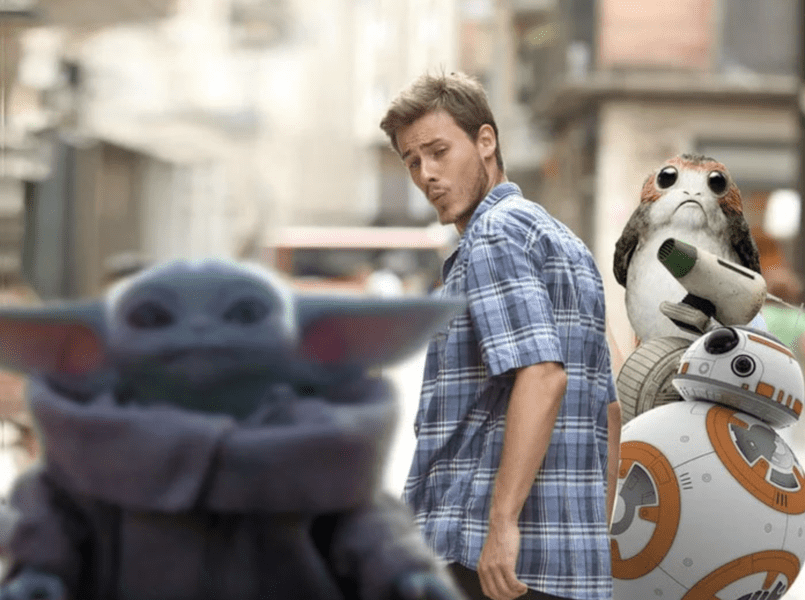 The ‘distracted boyfriend’ meme is one of the best of all time, and when applied to Star Wars, it’s even better. The meme imagines Star Fans who were once in love with all the new cute characters having their head turned by Grogu. Pure gold. 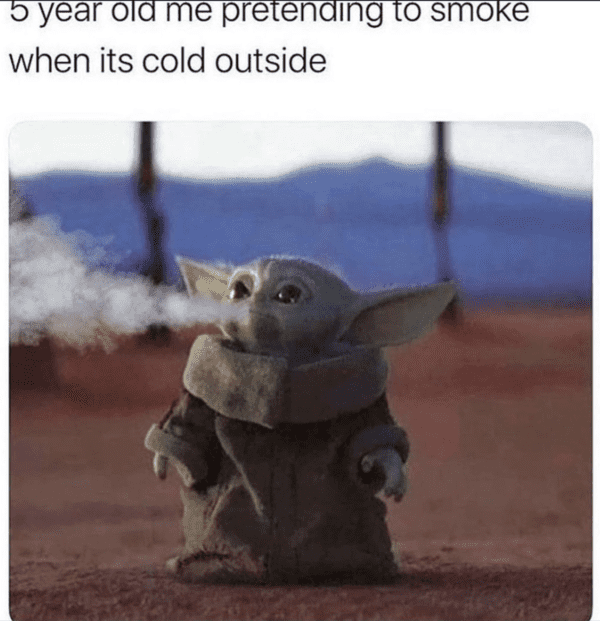 Who didn’t do this as a kid? 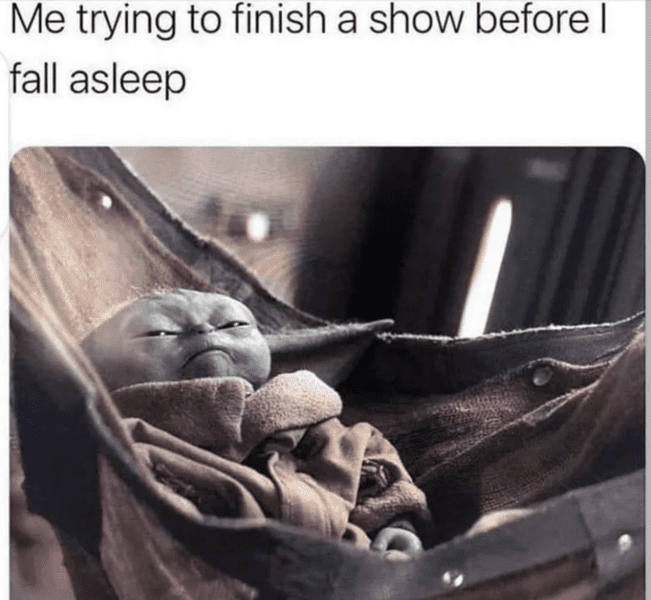 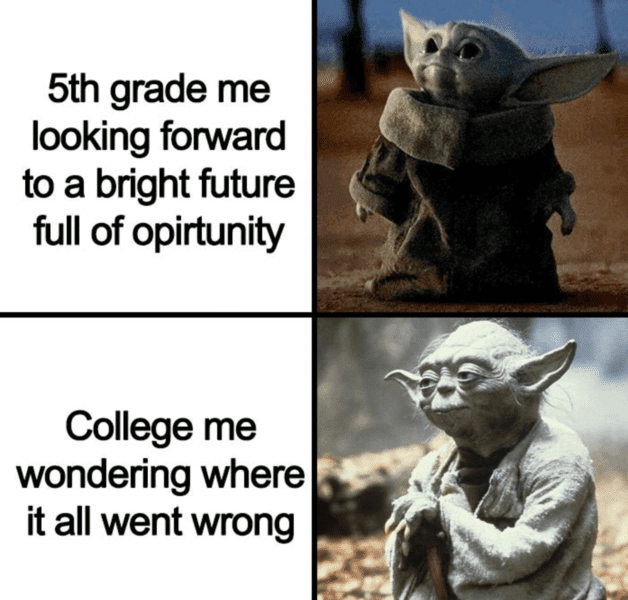 This meme speaks the absolute truth. When you are young you’re excited about what the future holds. Then you get to college and realize it’s not all fun and games. 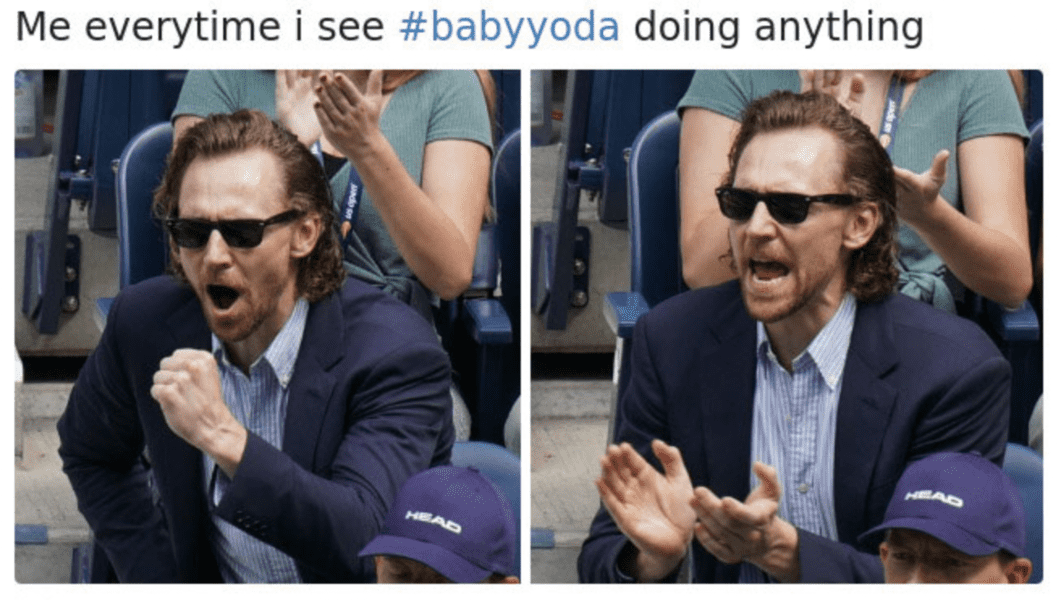 Even Loki loves a bit of Baby Yoda. 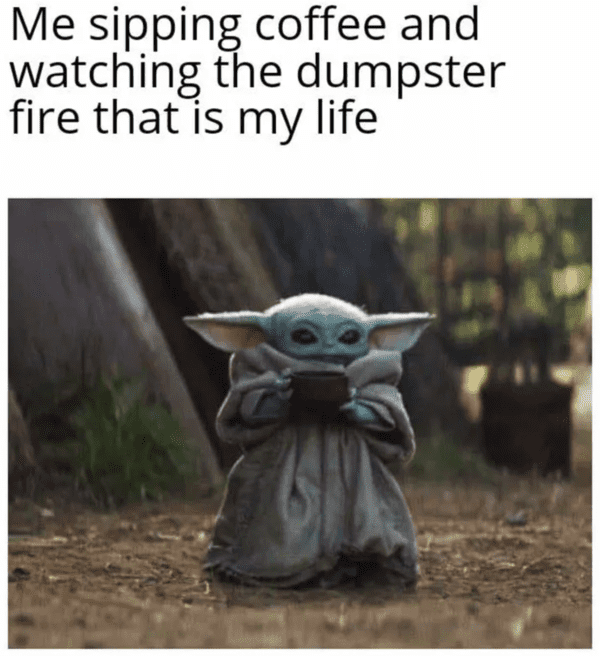 Sometimes you just have to sit back and take it all in as the world burns.

24. Did Someone Open the Fridge? 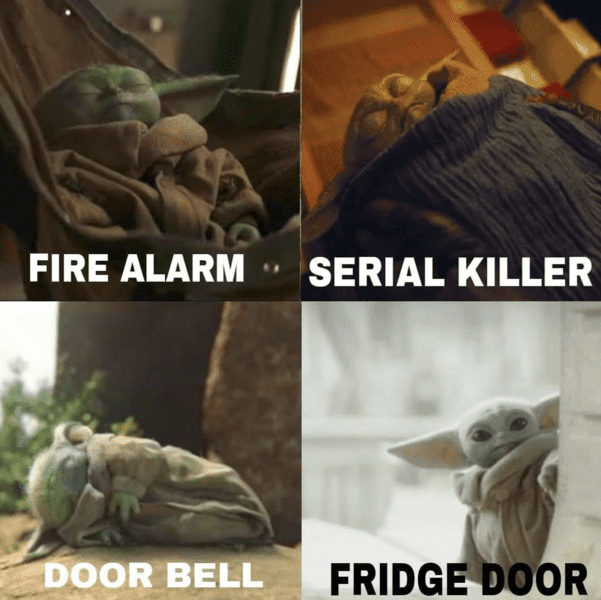 Funny how Grogu can sleep through anything, but as soon as there is food involved, he’s wide awake. 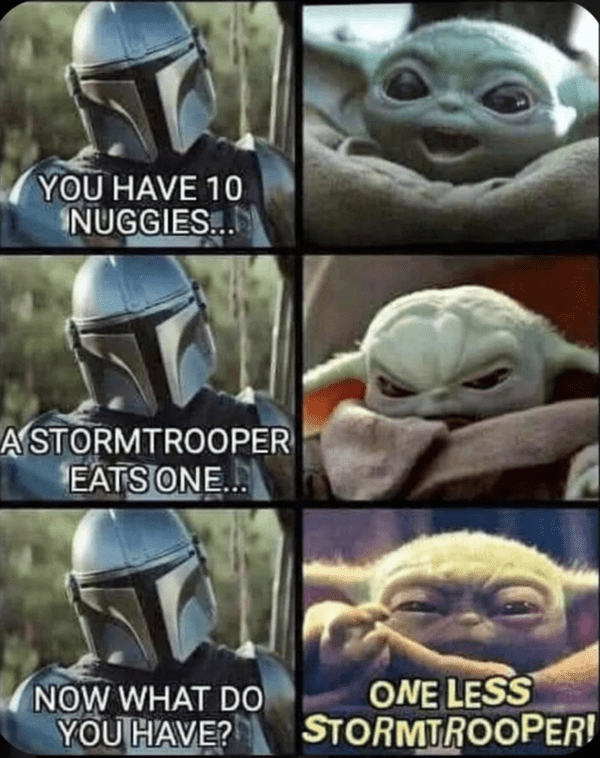 Not the sort of answer the Mandorilian (Pedro Pascal) is expecting.