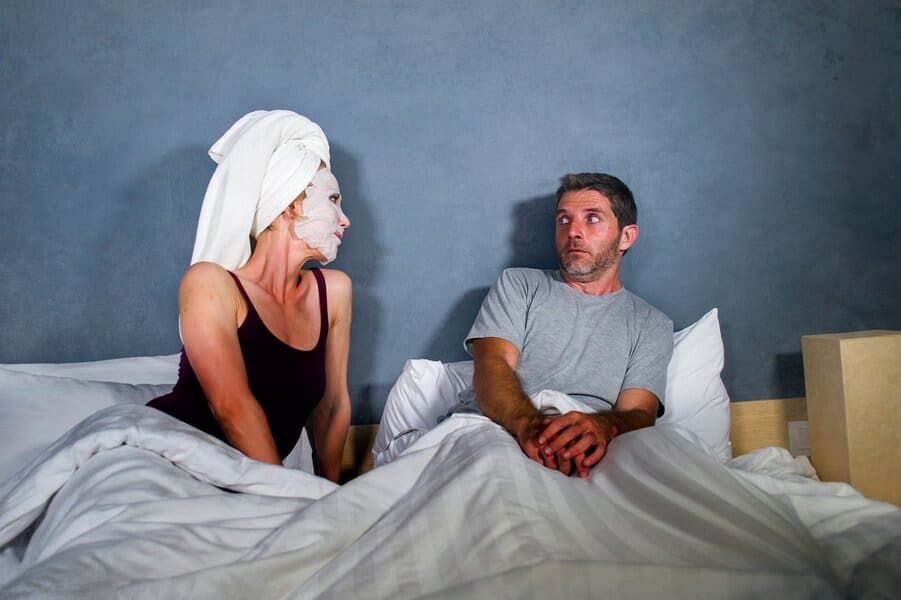 98 Weird Sex Facts That Will Blow Your Mind

Everybody loves sex. While its main purpose is to procreate, getting down and dirty with your partner (or partners) is one of the best ways to spend an hour or three. It’s a fantastic way to express your love and fondness for someone and can help create bonds of intimacy. Sex is also great for your health, both mental and physical, as it can reduce your risk of a heart attack, relieve stress, and put you in a happier mood. While these benefits and sex facts are well known by many, there is a whole load of weird sex facts that might have your eyes popping out of your head.

Did you know there are three types of erections? Ever wondered how long the average orgasm lasts? Do you know what the word “Gymnophoria” means? These are just some of the weird and wonderful sex facts sure to give you something to talk about with your mates down at the pub. Read on and discover more of these bizarre sex facts below.

98 Weird Sex Facts That Will Blow Your Mind 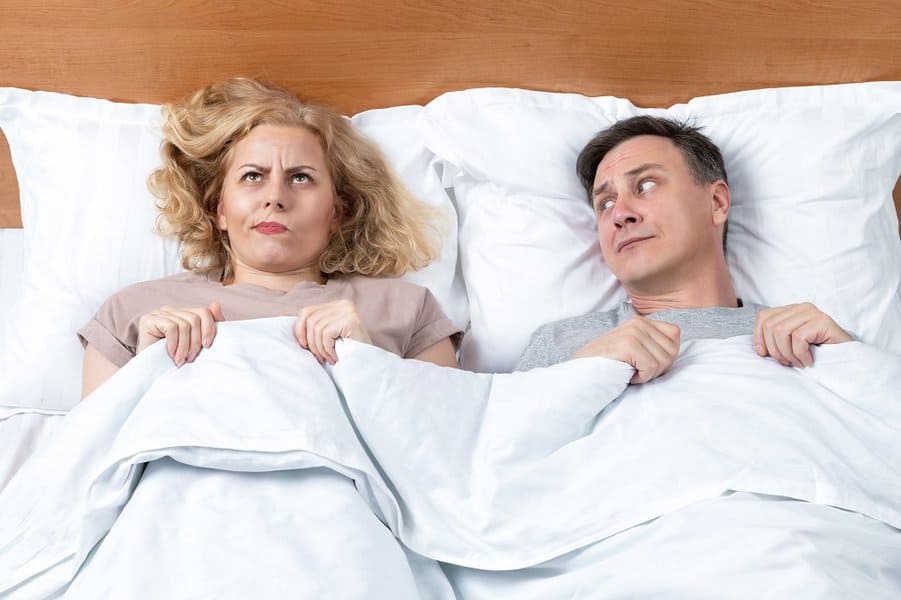 1. The left testicle usually hangs lower than the right for right-handed men. The opposite is true for lefties.

2. Researchers at The University of Groningen found leaving your socks on during sex is more likely to lead to an orgasm.

3. The word “clitoris” is Greek for “divine and goddess like.”

4. Nearly 10% of all dreams include sexual intercourse.

6. The fear of having, seeing, or thinking about an erection is called ithyphallophobia.

7. In 26 American states, impotence is grounds for divorce.

8. Incredibly one out of every six Americans aged 14 to 49 has genital herpes HSV-2 infection.

10. According to a State University of New York study, semen can help fight depression. Semen contains chemicals that elevate mood, increase affection, and induce sleep. It also contains cortisol, which is known to increase feelings of affection in the brain.

12. Gymnophoria is the sense that someone is mentally undressing you.

16. The inner nose swells during sex.

18. The German for “contraceptive” is Schwangerschaftsverhütungsmittel.

19. -321° F is the temperature at which sperm banks store donor semen.

20. A 2012 study found that fat men last longer in bed. In fact, they last three times longer than other men.

22. Some women are known to orgasm while giving birth.

23. A single human male produces enough sperm in two weeks to impregnate every fertile woman on the planet.

24. You can’t buy sex toys in Albania. They have a law that states “any device designed or marketed as useful primarily for the stimulation of human genital organs.”

25. Despite what your partner might say, sex can help reduce the pain of a headache.

26. Almost a third of all women over 80 years of age still have sex with their partners.

27. The longer a man’s ring finger is compared to his index finger, the more testosterone he has.

28. Most penis injuries are caused by people inserting things into the eye of the penis. Ouch.

33. There are between 500 and 1,000 deaths per year due to autoerotic asphyxiation

34. A man can reduce his chances of getting prostate cancer by having at least four orgasms a week.

35. When two people kiss, they exchange between 10 million and 1 billion bacteria.

37. Bonobos and dolphins are the only other animals that have sex for pleasure.

39. It takes two tablespoons of blood to get the average penis erect.

41. 85% of men who die from heart attacks while having sex were cheating on their partners.

42. During an average man’s lifetime, he will ejaculate approximately seventeen liters of semen, which amounts to about half a trillion sperm. That’s a lot of semen.

44. According to a study by Durex, people who hail from Greece have the most sex. 87% of adults

45. Vigorous sex can help you burn up to five calories per minute.

47. Men and women have an average heart rate of 140 beats per minute during orgasm.

48. Women have three erogenous zones; the clitoris, the G spot, and the opening of the cervix.

49. Being well-hydrated leads to better orgasms.

51. The average penis size when erect is between 5-5.65 inches. The average circumference of an erect penis is 4-5 inches.

53. Despite enjoying many sexual partners, a friend of Marilyn Monroe claims she never had an orgasm.

54. Men don’t actually think about sex every seven seconds. It’s closer to around 34.2 times a day which averages out to about 18.6 sexual thoughts per day.

56. Men can have multiple orgasms, it just takes a bit of practice.

57. About half of Americans lose their virginity by the age of 17.

58.  Only 25% of women reach orgasm from intercourse alone, while an estimated 10-15% are unable to climax at all.

59. The earth could be repopulated to its current level using the amount of sperm that could fit in an aspirin capsule.

60. As men get older the penis slowly shrinks.

62. Avocados were considered so sexually powerful in Aztec culture that virgins were restricted from contact with them.

63. “Playing the flute” was a common term used to describe having sex by the Ancient Greeks.

65. Formicophilia is the sexual interest of small insects or worms crawling over one’s body.

66. Chocolate contains phenylethylamine, which is the same chemical that makes you feel good when having sex or in the company of loved ones. Which is why people love eating chocolate.

67. There’s an average of 280 million sperm in every male ejaculation.

68. Approximately 70% of people in the U.S. admit to fantasizing about group sex at some point in their life, and more than 50% of those people actually follow through

69. NBA legend Wilt Chamberlin claimed to have slept with over 200,000 women in his lifetime. That equates to 1.4 partners per day.

72. Semen can help fight depression as it contains cortisol, a chemical that elevates your mood and makes you feel happy.

73. It is easier for a woman to get pregnant if she has an orgasm.

74. Semen was once used as a form of invisible ink during World War I by British spies. This didn’t last long though due to the smell.

75. Approximately one in every five Americans has indulged in sex with a colleague at work.

76. The aroma of wine can arouse both men and women.

77. According to the Kinsey Institute, the average speed of sperm during ejaculation is 28 mph.

79. Adult entertainer Lisa Sparks holds the record for having the most sex in one day. She slept with 919 men in 24 hours in 2014.

80. Some people are able to orgasm while working out due to the movement of their bodies.

82. A study by The Journal of Sexual Medicine found lesbians have the most orgasms, besides men.

83. Nipple play can give women an orgasm. It’s known as a nipplegasm.

84. Approximately 70% of men refuse to have sex during their girlfriend’s period

85. A study found that 42% of Americans aged between 18-59 have an STI. The most common is the human papillomavirus virus (also known as HPV), which often doesn’t have any symptoms.

86. Taqaandan is a sexual act whereby a man “breaks there penis.” It’s akin to cracking your knuckles.

87. Apples make for a good aphrodisiac.

88. 90% of men lie about the size of their penis, which isn’t that surprising.

89. According to one study, 36% of people jump on social media platforms Facebook or Twitter after a romp in the sheets, as opposed to having a shower.

90. Erotomania is when you believe a famous person is in love with you.

91. Sperm is known to have anti-aging properties, so getting a “facial” isn’t as bad as it sounds.

92. The smell of pumpkin can cause an erection in some men.

93. Having blue balls is an actual medical condition.

94. You have better sex when you are hungry, so don’t eat before getting jiggy with it if you want to improve your sex life.

95. When a woman squirts it is not just pee as many believe, but a combination of different fluids.

96. Women’s voices change when they are aroused.

97.  The clitoris is the only part of the body that exists just for pleasure.

98. Women are more likely to cheat during ovulation.